A visit to Ottawa

30th July, Canada. From Vancouver Maharaj Ji visited Ottawa, another new stopover this time after Calgary. It was the love-filled invitation from Gopal Moudgil Ji and spiritual craving of Sean Sullevan which made this trip happen. Though it was a very short stay there but it was used to the best possibility. Both the mornings were used to share various Kriya Yoga techniques while evenings were devoted to discussions. The focus of all this was to recognize the body as a divine temple and put honest efforts to go inside by discovering its pathways, gross as well as subtle. 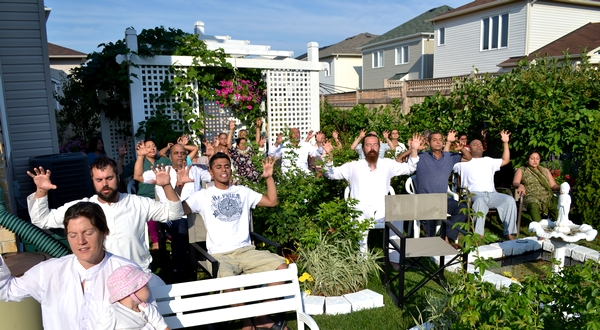 The morning sky was totally clear and sun was so bright that none could wait to move out and imbibe the Sun after everything they had learnt about the physical, mental, and spiritual benefits of sunlight. Besides, they were also made aware of the necessity to awaken the inner sun for a healthy and happy life in body and even beyond. A proper session of Surya Kriya was thus conducted there in the beautiful backyard which left them mesmerized by its simple approach and strong effect. 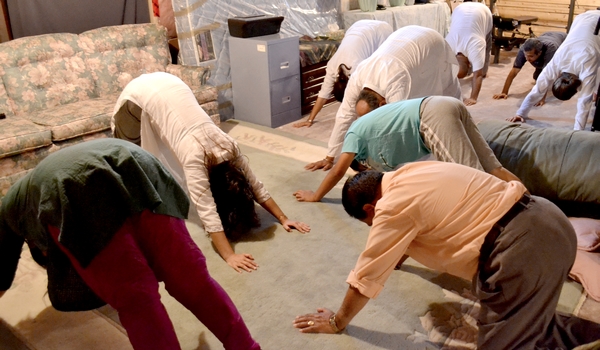 Before, Surya Kriya Sadhvi Ji taught everyone kriyas (exercises) to cleanse the body of toxins and impurities in physical and pranic levels of body. Proper cleansing is the basis of a healthy body as it removes the cause of various diseases and ailments and allows prana to flow freely, which is essential for inner journey. Sadhvi Ji explained to the devotees that the strength of body lies in flexibility and lightness. A stiff and fat body only makes a home of diseases.

Evening discussions stressed on the importance of diet in health as well as in spiritual evolution. The discussion went beyond the controversy of vegetarian or non-vegetarian diet and introduced a new concept of evolutionary diet. The emphasis was on the food which will not obstruct the human evolution but augment it. A newly written book by Swami Suryendu Puri on this topic was also presented there. Apart from general satsang, devotees gathered in groups to discuss various matter with Maharaj Ji related with religion, spirituality, and life in general.