A Warm Welcome at London, England 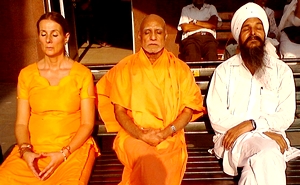 Four years back Maharaj Ji set his foot out of India and the first land he touched was England. He was actually enroute to Canada but due to some techincal problem his flight was delayed by one day and he visited local devotees on a transit visa just by chance. Ever since all the dvotees in England had been requesting him to pay them a visit. Somehow it could not be materialized until now but their request was finally granted this year when Maharaj Ji made an exclusive program for England. Rajinder Sharma and his wife Shanta, daughter of Late Dr. Laxman Dass Saddi ‘Pitaji’ from Jhansi were the lucky couple who were granted thier wish after a long wait. This added to the delight of all in UK & surroundings. 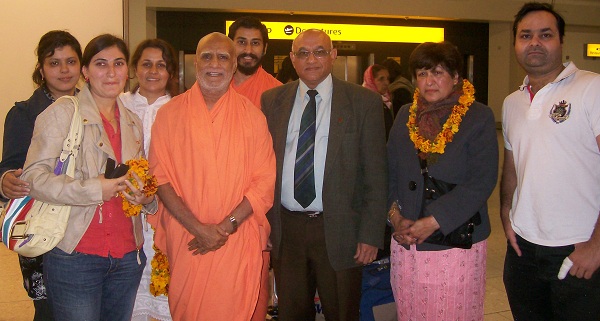 Out of sheer enthusiasm Mr. Sharma organized many events in various temples and Yoga centers to let people benifit from Maharaj Ji’s researches and teachings. In addition many satsang were organized spontaneously at houses of various devitees. Though it was late October yet the Sun in England was shining bright to give a warm welcome and this provided with an opportunity to pratice Surya Kriya with the local devotees.

The festival of light “Deepawali” was also celebrated with much joy and enthusiasm in preence of Maharaj Ji. The celebration involved chantings, devotional singing and meditations followed by a special ritual to spread the light inside and all around.

Candle Light Meditation on Deepawali and sweets full of love

Vishal Badyal and his relative also participated actively and organized many events at their him as well as in religious institutions. Mostly Sundays and Tuesday were meant for temples as most of the devotees visit temples on these days.

Satsang at Hindu Temple of Slough

It was interesting to learn that people in Europe are well aware of yoga and related stuff. Yet it is found that generally the basic principles of yoga are still not understood well enough due to its comercialization. this is why people just fell for Sanjivani Kriya and Agni Kriya in very first go for its simplicity and effectiveness.

Arya Samaj is also quite active and open in London. They took deep interest in all the Kriya-Yoga techniques innovated by Shri Maharaj Ji and held a lecture on the same at their center. After a brief talk they became even more interested in the practical session as well.

Another sincere devotee Dr. Chandra Mohan from Delhi had recently visited England and spread a word about Mharaj Ji and his researches amongst his folks. As a result all his people were keenly waiting to meet him here. They organized a talk at Devi Bhawan Temple in Wolverhampton to learn these inventions.

After spending almost a week in Edgware and a few days in Slough Maharaj Ji visited Birmingham to revive the connections devotees had with this lineage through Prabhu Kali Kambli Wale or Swami Dayalu Puri Ji Maharaj. They were all so enthusiastic to be blessed by Maharaj Ji and so curious to learn his inventions that they could not wait to start with the pracctice. Almost every morning Sanjivani Kriya was held in family settings and even Agni Kriya was organized one evening. 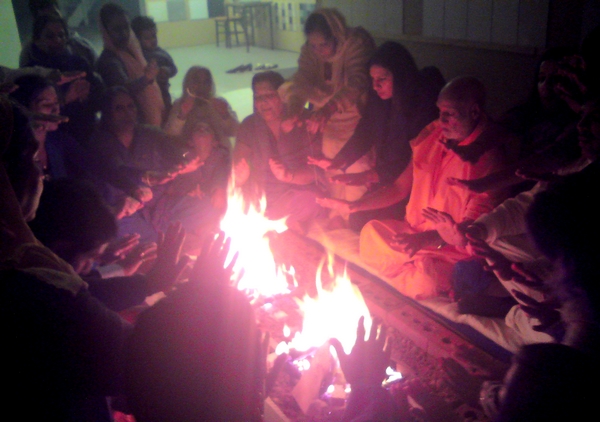 Agni Kriya inside a factory in Birmingham

Maharaj Ji also visited Leicester, where a satsang was planned in a family as well as in a templs. Being a practical man, Maharaj Ji always emphasises on practice so these gatherings also involved lots of practical tips regarding breathing and chanting.

Satsang at Ram Mandir in Leicester