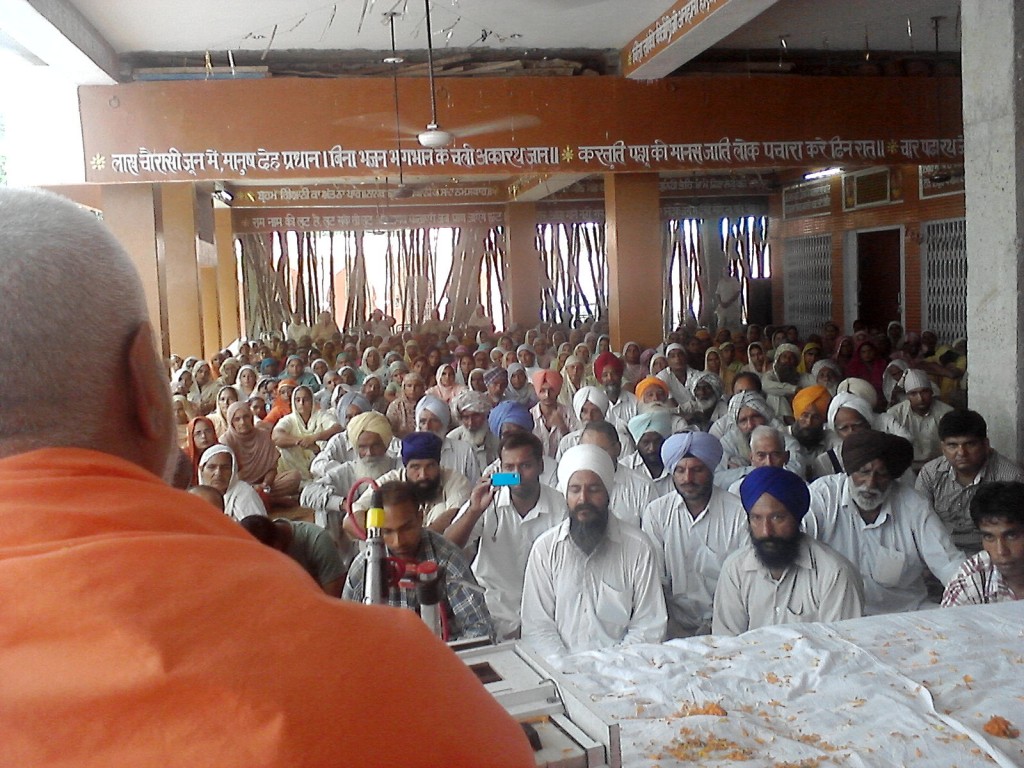 27 August. Most of the people are aware that Swami Dev Puri Ji (Prabhu Kali Kambli Wale) was a true renunciate and the sole focus of his life was to awaken the divine consciousness in all those who came to him. this was the reason he never got engaged into ashram administration and other related activities rather prefered to settle in the heart of all the devotees to keep them engaged in meaningful act of worship and selfless service. In fact he inspired his close disciples also to stay aloof from all worldly matters including administration and things alike. This is why many of his disciple including Swami Dayalu Puri ji stayed away from the asharm doing tapas in solitude most of the time.

But amongst the devotees and disciple of any saint, all have different levels hence their evolution adopts different path at times. But on the occassion of Nirvana Day of Kambli Wale Prabhu Ji, many such devotees and disciple gather at Kila raipur (where a shrine is established in his memory) from all corners of the world. One such discple of Swami Ji was settled in Ramgarh Sardara and his lineage is now being carried forward by Swami Arjun Puri ji who visits Kila Raipur ashram quite aften. He has been insisting Swami Buddh Puri Ji Maharaj since long to resurrect the sadhna lineage at his abode Ramgarh Sardara also where an ashram has been set up. Guided by the divine inspiration Maharaj Ji paid a visit to that ashram soon after this annual celebration at Kila raipur. There he shared the secret of Naam with the devotees. Hundreds of people were gathered there to drink the nectar of his wisdom and quench their life-long thirst. Maharaj Ji told introduced the various aspect of Kriya Yoga such as Agni Kriya, Surya Kriya and Sanjivani Kriya as well and promised them to arrange a training for these some time in near future.