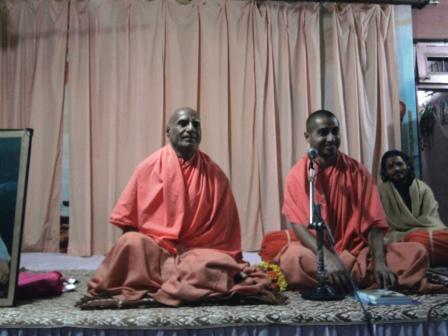 12-13th Feb, Saharanpur: It was first time that an Agni Kriya Yoga session was held at Saharanpur which has previously practiced Surya Kriya Yoga on many occasions. The venue was the Siddha Kirana Mandir. On the evening of the 12th Feb. Swami Suryendu Puri Ji discoursed on the subject, introducing Agni Kriya to the audience. By the time his discourse had reached its conclusion there was bubbling excitement amongst the audience about actually witnessing all what they had just heard. And rightly so: for the next evening people gathered in respectably large numbers to practice and experience first-hand, the powerful Agni Kriya Yoga. Everyone was very excited throughout the practice and the chanting and mudras that accompany an Agni Kriya Yoga session were performed with great enthusiasm. The next day, various participants from the last evening met Maharaj Ji before his departure to ask more about the spiritual path – whose intense grandeur they had managed to catch a hint through the session of Agni Kriya. There was also a wide demand for the newly published book ‘Sanjivani Kriya’ (Unicorn Books) and the organizers’ limited book-stock soon found itself dwindling. The local organizers showed enthusiasm about organizing more such camps on Agni Kriya and Surya Kriya. 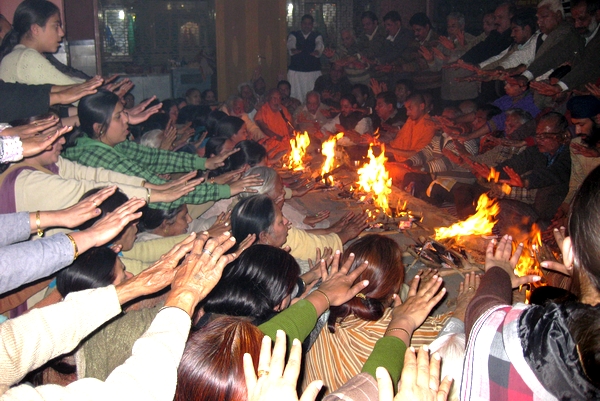