An Explosion of Inspiration at KRP

14th June, Samadhi Hall of Swami Dev Puri Ji, Harisar Ashram, Kila Raipur: You, dear reader should have been here, especially, if you are a sadhak, desirous of “seeing God”. Not that God was seen, but the path to Him was clarified, and what more, plentiful inspiration flowed straight into the hearts of the listeners as it emerged from who knows what great depths from Maharaj Ji’s person. The inspiration also came with some sweet but strong corrections by Master of his gathered disciples. Tears were seen in the eyes of many. Not creating the suspense any longer, this is what Maharaj Ji said on the occasion.

However, prior to Maharaj Ji, many couplets from Ramacharitmanas were sung, Gurbani lovers were also moved with beautiful compositions, and even quawali lovers were not disappointed. Thereafter, Sadhwi Yoganjali Chaintaya Ji, whose discourses are anticipated with much eagerness spoke, and in beautifully knit arguments presented the indispensability of God and walking towards him.

The salient points from Maharaj Ji’s discourse are recollected and reproduced below: 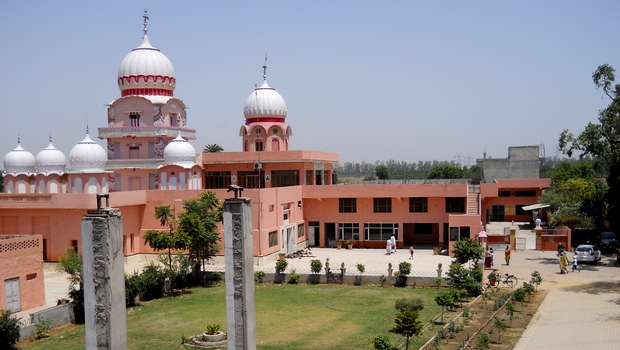 A view of the Harisar Ashram in Kila Raipur

The ashrams are like tirthas –spiritually charged places on this planet. Whereas some are nitya-tirthas or places that are charged from the very beginning of time like Kashi, Mathura, Satopanth (a place 25 km above Badrinath) etc., some places become potent when a dedicated practitioner practices living at some place and the vibrations emanating from his union with the Divine spread in the surrounding environment.

Kali Kamble Wale’s powerful samskaras are still present here, in Kila Raipur ashram and the adjoining regions. However, they have gotten buried over time, by other kind of samskaras.