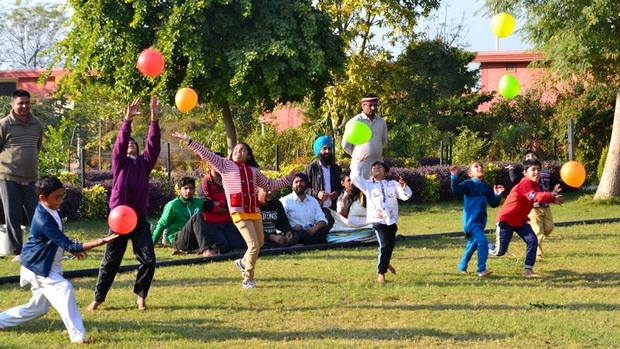 Dec 27 – Jan 4, Shabad Surat Sangam Ashram, Mallke, Moga: With winter break just around the corner, it was time to start preparing for the arrival of kids or let’s just say it was time to become a kid again (the second opportunity this year, after the Summer Children’s Camp that was organized in May/June). Sounds fun, isn’t it? Let’s take a dive through the ocean of the moments we created!

Colder temperatures and shorter days offer fewer hours of sunlight for kids to run and play outside. But the need for regular physical, mental and spiritual  activity isn’t seasonal. It’s important to make it a priority all year long! At the same time, these should be introduced in a natural way to children but not be enforced upon them as a necessary burden. And this can happen when learning and masti go hand-in-hand. 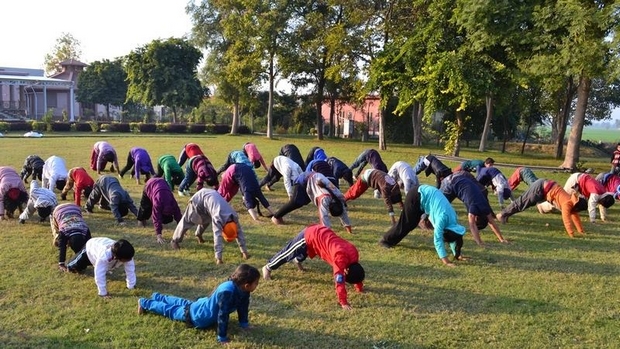 So, our days started with the beautiful Surya-Namaskar under the guidance of none other than Baldev Ji. One should see how flexible bodies kids possess. They were able to master them with very little but consistent effort. Also, nauli output was no less than any wonder. They grasped the technique in no time. These were followed by mesmerising Surya Kriya Yog directed by Swami ji and Sadhwi ji. As it involves high pitch singing blended with joy and excitement, these little angels knew how to make the best out of it. Similar was the case with Agni Kriya Yog. High inputs with even higher outputs. 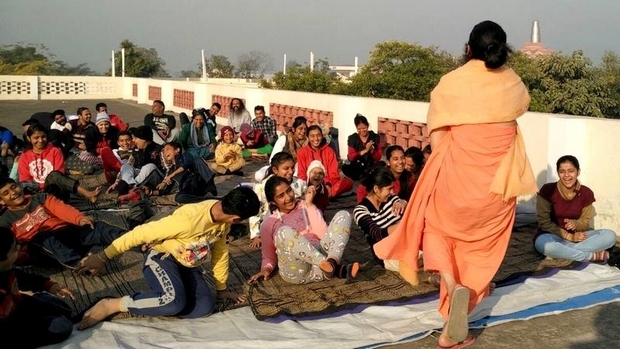 Since there were kids from almost every age group, it was made sure that each and everyone got their fair share of participation. Swamiji taught them a bunch of mind games to give their brain a workout that sharpens the mind. Later, children were divided into two groups and asked to prepare 4-5 minute performances in due course. They came up with beautiful ideas on ‘Significance of time management’ & ‘Rubbish disposal habits’. Each and everyone played fair and owned up to their respective roles recognising the spirit of sportsmanship.

A classroom scene from a short skit underway. And did these children know how to act!

On yet another occasion, kids were suggested to draw on a given theme but the trick was to give less number of pencils/colours than required to inculcate the habit of sharing. Each and every drawing was personally reviewed by Swami ji and therefore, little painters had a chance to get individual feedback. He pointed out towards specific qualities and encouraged them to shape up their future accordingly. 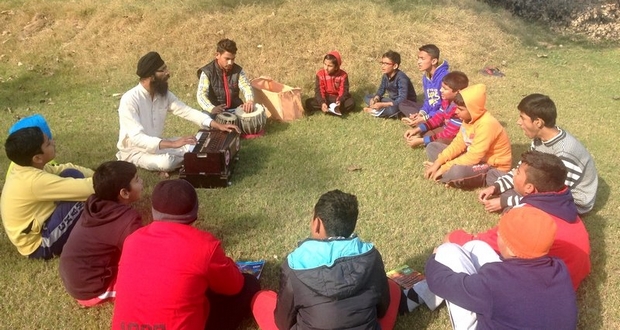 Children were also acquainted with the universal language of music. It helps in improving their memory, teaches patience and discipline, fosters creativity, and is a great form of expression. They had a chance to finger saat sur on harmonium. Although they also chanted some mantras such as Gayatri Mantra and pehli pauri da paath (Sri Guru Granth Sahib) with ease, their favourite song was:

In one-to-one sessions with Swami ji – for both parents and kids – he emphasised on some basic everyday habits we must make a note of. To start with, what is the suitable time to wake up, how to brush, eat, walk, sleep and most importantly how to sit, i.e. like a banda (man) and not like a bandar (monkey) – one among the plenty of “Take Home Tips” for children.

“ choti par moti baat – If you can learn to brush and not sweep your teeth, you can do anything properly”- Swamiji

Parents also had a wonderful time. Even they participated quite energetically be it games or kriya yog. Along with that there were two important tips shared by Swamiji, a) Never say ‘no!’ to a kid.  You should be like a kid with a kid; b) As a parent, one tends to give all the luxuries a kid can desire. But the question to be considered is, have we taught them how to be independent, yet compassionate? 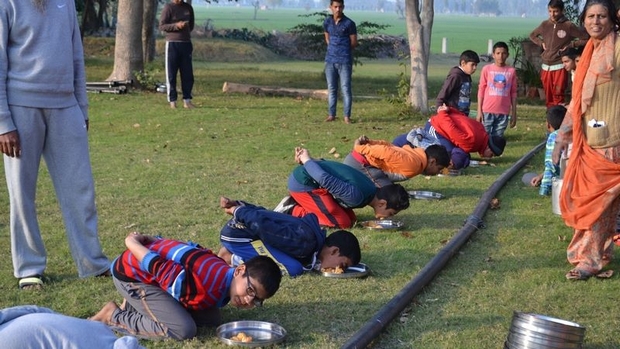 And just more and more of it!

So overall, we had an active chilly camp. As always, kids had such great time that they did not want to go home just yet. Even parents felt that there is no such thing as winter blues when you have such winter camps to look forward to. Kids, parents, visitors and ashramites fastened their seat belts to get going with yet another New Year – 2016 – seeking Maharaj ji’s warm grace.