Cold Out, Warmth In

Malke, 1-8 Jan 2013. were days of intense cold in the plains of Punjab; the sun’s warmth and brightness had succumbed to the mist, fog and chill of the passing winter, but despite this there was warmth and joy in the hearts of the practitioners, as they basked in the “Sun” of Sri Gurudeva’s happy countenance, powerful messages and the practice of “svara sadhana.” 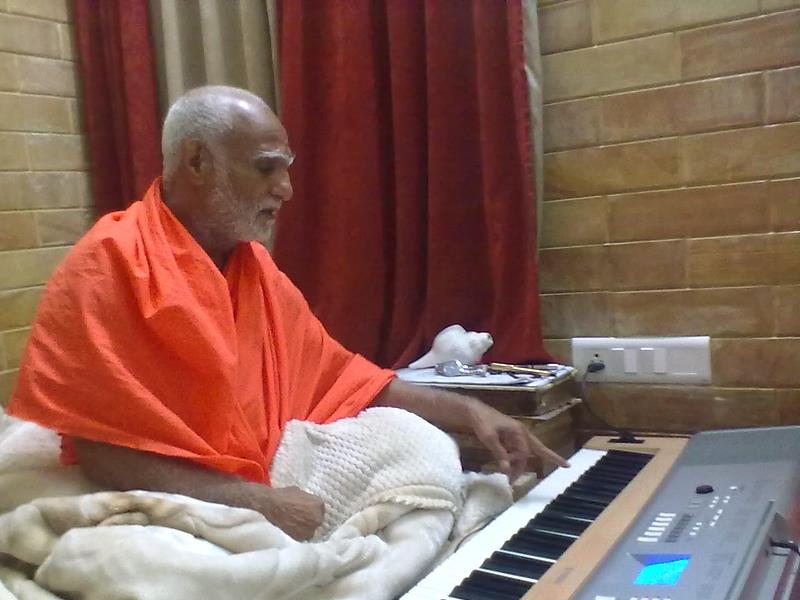 Svara sadhana is a royal path that can take the sadhak standing on the threshold of svara-bodh (knowledge of the seven musical notes) to the pinnacle of the goal, succinctly called by names such as body-transformation, Mahayoga, Mission Immortality etc. Sri Maharaj Ji had been researching for many years about the viability of spreading the scale of human voice over, at least, seven octaves of the musical scale. But why so, one may wonder?

“Commonly one’s voice extends over 1-2 octaves; if someone can sing in three octaves, then their entire gross body gets vibrated; in 5 octaves this spreads to the subtle body and as the voice transcends seven octaves the subtlest centers get stimulated – the seven chakras (at all their levels); in other words this corresponds to complete awakening of the kundalini ”– told Maharaj Ji in the introductory class. 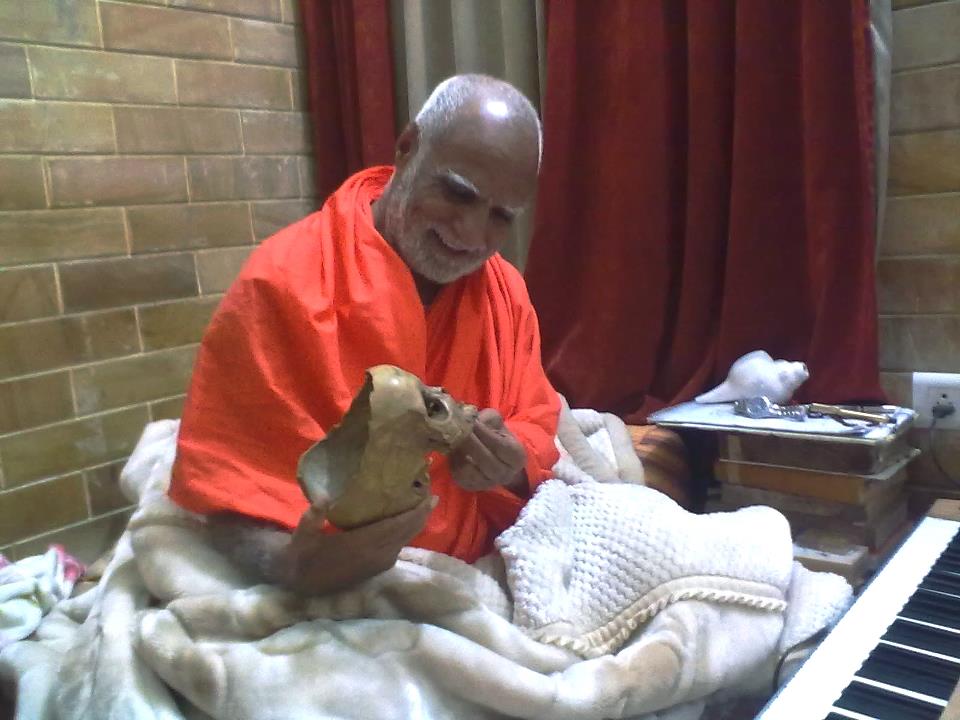 Maharaj Ji with a human skull, explaining the inner details

“This body is like a terrain, below which is hidden the nectar. There are the specific centers where the digging is recommended, it is easier to find the nectar there. One such center is the throat. If the knot in the throat can be somehow pierced, in other words, if the throat can be totally opened by practices like the seven octave singing, then not only will the prana and mind find the entry point into the sushumna, but the nectar found therein will also be channeled to the grossest level – the latter being something unique to the path of Mahayoga or body-transformation.”

The entry point into this practice is formed by (1) knowledge and command over the seven basic music notes, (2) vairagya or in other words dedication to the inner goal (which may also amount to disinterest in other activities). It is interesting to note, for those new to the world of singing, that highly acclaimed singers too, who have practiced 8-10 hours for years together, can only sing in about three octaves. In fact, by its very construction the human throat limits the voice to 1-2 octaves, by dedicated practice it may be extended to three octaves. But beyond that it is a deadlock. Except…

For the help afforded by magical tools discovered by the yogis; one such tool is the khechari mudra. So we may add number (3) to the pre-requisites above: practice of khechari+nauli. Without these the basic nature of the throat will prevent any attempt, no matter howsoever forceful, to help open the throat for entry into the sushumna.

The reader could note, that there are singers who can produce a few notes in surprisingly low or high octaves (see Guinness records for the same), yet what we are talking about here is a scientific path through which any practitioner dedicated and interested can rise above the natural confines of his body and mind and explore the beyond.

So what did the practitioners manage during these days? Maharaj Ji had warned beforehand, “Your bones and muscles will take a beating. After all what good is that sadhana, after which you find no change in yourself.” And it was rightly so. Every day, for six hours (in two, three-hour sessions) practitioners scaled their voices in seven+ octaves using a Yamaha synthesizer as a guide of the musical notes. Those who were not advanced in khechari had to suffer pain in the throat as it was forced to stretch its limits. But those who were advanced in khechari had to suffer pain in their entire body, as for them this practice spread throughout the body, making the throat its center. “The entire body is being torn apart from within” – was a comment often heard. Yes, it was powerful. Probably the words here cannot express the rigors of the sessions, but without a doubt, this was a serious stuff! But the reader should not leave with an impression that all this was very painful, hence useless! The correct analogy would be the crushing of the sugarcane in the crusher, which alone brings forth the sweet juice hidden therein. And further, with Maharaj Ji as the guide, things are always sweet. Whenever he noticed the practitioners were having enough of it, he would relax them with a sweet melody chanting God’s names, or talk about the practice or other aspects of Mahayoga. Ultimately, all the pain and effort were worthwhile. Everybody felt some new space in their throats; deeper practitioners felt it in ever-deeper regions of their body. However, we defer from a narration of personal experiences of the practitioners, except for stating Maharaj Ji’s summing up of the camp, which he gave to a group of visitors to the ashram, after the camp: “Yeh, shivir khub gahraa gotaa lagvaane vaalaa thaa (This shivir was about a deep, deep dive into the inner ocean)”.