Dasara Retreat to kill the demon inside 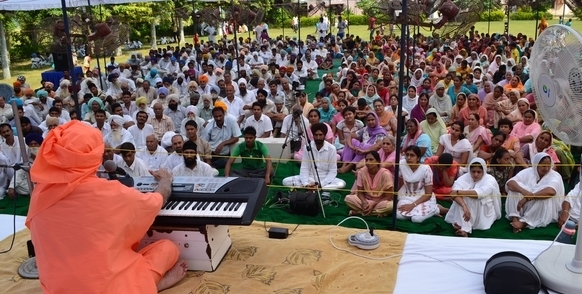 3-6 October. Just like every year Dasara was celebrated with a grand satsang at Malke ashram. On this occassion Maharaj Ji guided people about killing the demon inside and awaken the Raama which is combination of fire and nectar. ‘Ra’ is the seed of fire while ‘aa’ stands for bliss and ‘ma’ opens the inner channels. So if we could sow these seeds deep in our heart by the grace of Guru (Deeksha or Naamdaan) and nourish them by following the practical advise given by the Guru then we can surely get rid of all the weaknesses and impurities to awaken the Raama in side. The satsang was followed by the grand langar which was prepared by the ashram devotees under the guidance and supervision of Sadhwi Yoganjali Chaitanya, the ashram incharge. 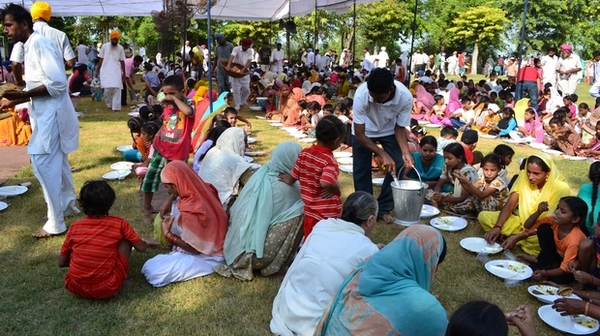 Before this the three day retreat for spiritual growth was successfully conducted which saw many new participant this time. In addition to regular visitors many aspirant from various distant parts of India as well as from Canada and USA joined the camp. The day started early morning with chanting and meditation which involved breathing exercises in between. Maharaj Ji introduced many new kriyas for circular breathing and also explained the jaap technique with breahting in and out. This helped participant to dive deep inside.  The followed the innovative Surya Kriya (Sun Meditation) which helped them assimilate the life-giving sun energy to strengthen thier body and mind. 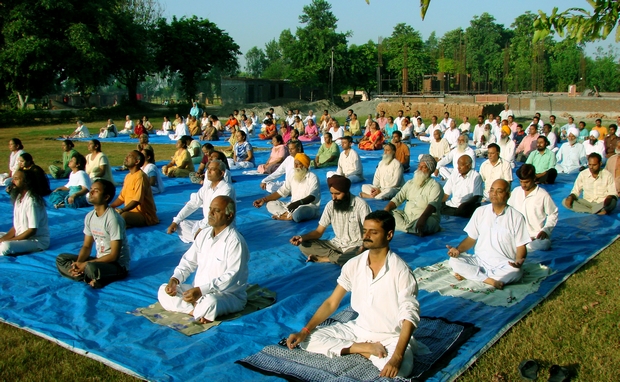 In the afternoon discussion and personal interactions took place where all the doubts and questions were clarified. This was the time when Sanjivani Kriya was also discussed and practiced. While evenings were occupied again by guided meditations which was followed by Agni Kriya (Fire Meditation).