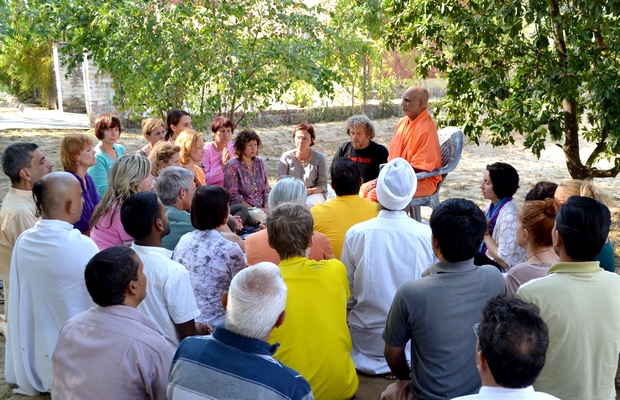 21-24 October, the sun continued to rise in the East and set in the West. And yet, much new happened and the much old changed. One, the solitariness of the Shabad Surat Sangam Ashram gave way to bubbling activity, as seekers from various parts of the world arrived. This time, the ashram became really a mini-global village in which a variety of tongues were being spoken all at the same time: Hindi, Punjabi are anyways, common, but lots of English, even Russian was spoken as seekers also arrived from the US, South Africa, Russia, Romania, Slovenia, France etc.

However, the real activity was happening in another sphere. The routine of the retreat was the following:

So, every morning in utter silence everyone seated themselves in the meditation hall and waited for Maharaj Ji to arrive. Then Kriya Yoga, including chanting, breathing, meditation, bhakti was practiced under the guidance of Maharaj Ji. 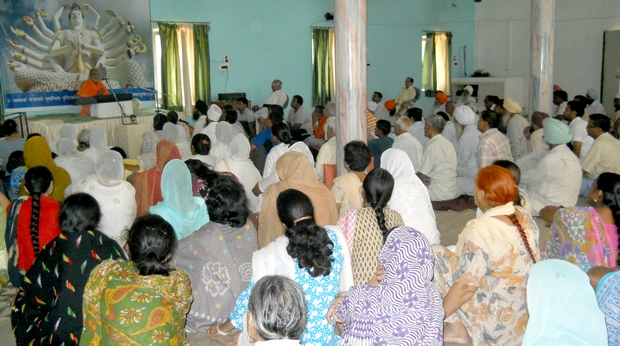 In the afternoon, Maharaj Ji addressed any questions and also spoke on a specific topic. So on day 1, he explained the role of breath in kriya yoga, and explained in detail about the kriyas practiced in the morning session. On day 2, he explored the science of death, way to die, our approach and attitude to death. This topic whenever brought up always culminates in a very active discussion, as the listeners get a chance to demystify this not-so-well understood topic. This time was no different.  On day 3, the discussion again shifted to breath – a topic which is inexhaustible in the scope of its discussion.

The evening session of Kriya Yoga practice was devoted to the worship of shakti or shivaa in the body. Nothing more can be written here, it can only be experienced.

Surya Kriya was practiced on all the three days. The sessions were led by Swami Suryendu Puri, Sr. Baldev Singh, and Sadhwi Yoganjali Chaitanya respectively on the three days.

This time, owing to large number of participants, nearing a 150, Agni Kriya could not practiced in its usual place. So, finding no other more suitable place, it was finally decided to have it in the Tripur Shivaa Peetham. At the beginning of the session Maharaj Ji said, ‘so it seems we are inaugurating the temple today’. However, because the smoke accumulated inside as the practice proceeded, the next day, it was practiced on the outside platform of the temple. On the third day, Agni Kriya could not be practiced owing to a storm. However, there was an unexpected conclusion to the camp. 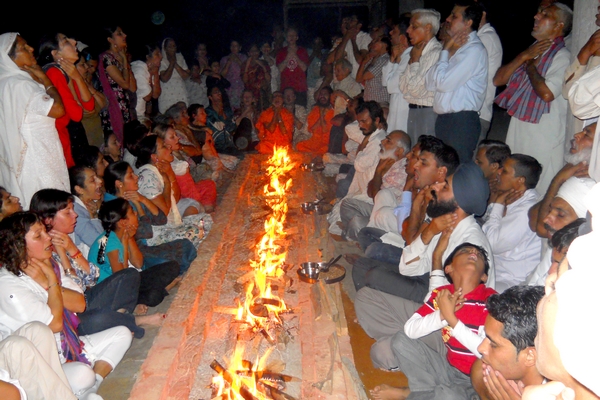 Two seekers from abroad had their birthdays and the couple from South Africa had just celebrated their marriage anniversary 3 days ago. So, Indians who really consider guests as the form of the Divine, got together to celebrate for them. In the customary Ashram style, the birthday and anniversary were celebrated. Needless to say, many hearts were touched and tears of joy were seen as well.

It was a life-changing experience for many participants. Many received initiation, and all had plenty to take away to the karmbhooni, that is the world.