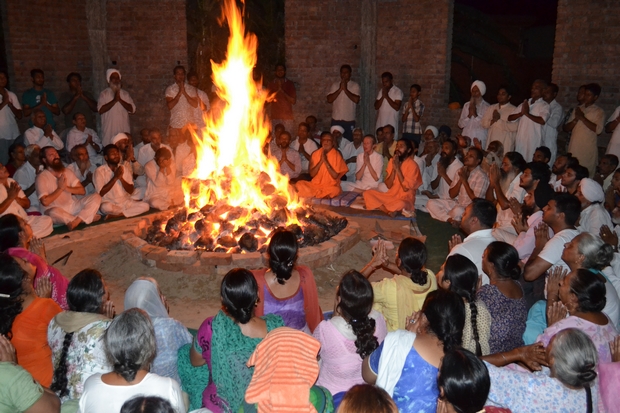 The construction of Yajnashala (Fire Practice House) is underway at the ashram. This sanctum spot in the immediate vicinity of Tripur Shiva Peetham was utilized first time for agni kriya during this camp.

Just as a vehicle moving continuously on the road requires visits to the service station every now and then; similarly, moving on the road of life, dust and debris get accumulated in the body, mind prana, and intellect of the jiva too. The sadhana shivirs (spiritual retreats) then serve as the servicing station for the jiva advancing on the path of evolution.

The Dussehra camp this time was spread over nearly three weeks.

During week one, kriya yoga was practiced with a multinational and multilingual group that arrived at the ashram, led by Dan Brule – Rebirther, Breathwork guide. This was the third year in succession that Dan led a group to the ashram. It constituted of aspirants from Russia, Romania, UK and the US. This extended from 3-8 October. 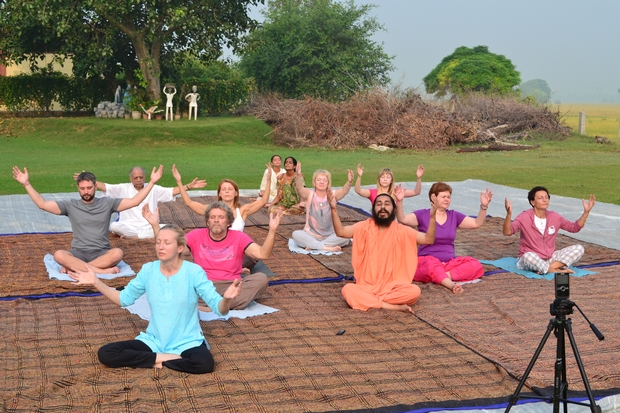 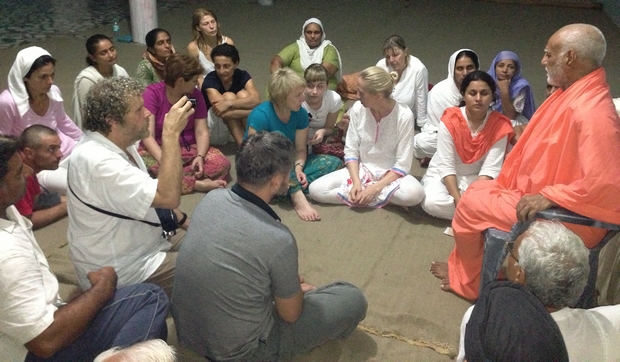 The traditional Dusshera Camp for the Hindi/Punjabi speaking aspirants was held between 11-14 October. On the 14th, the day of Dusshera a large satsang sabha and langar was held. 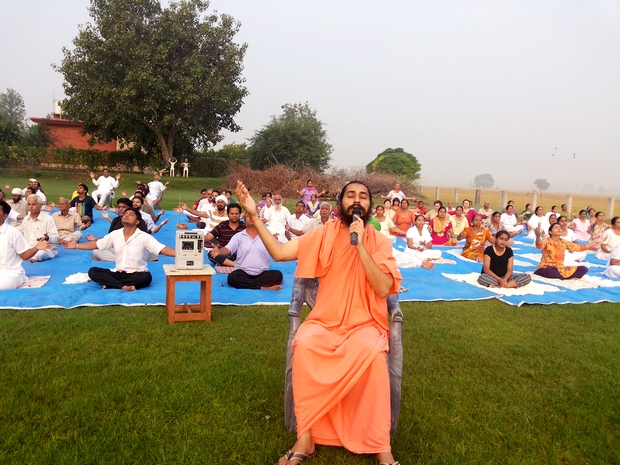 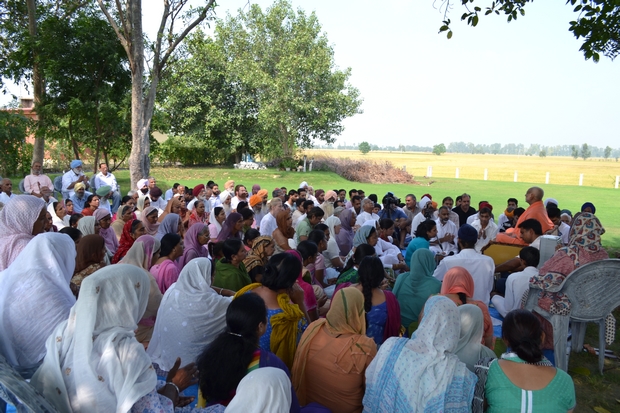 After the morning practice sessions, discussion session was held in the cool lap of mother Nature during the afternoons. 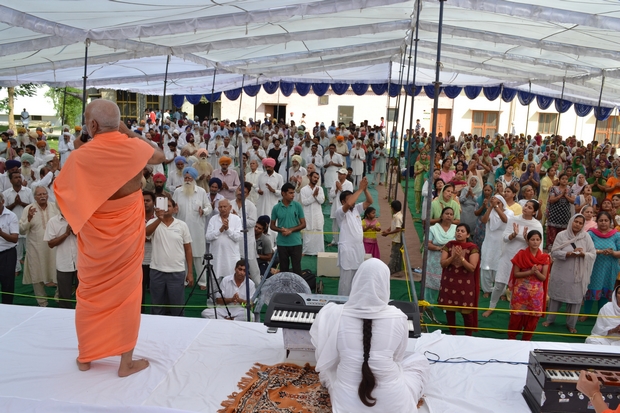 Satsang Sabha towards its culmination on the day of Dussehra

18-20 October was the time for advanced camp (with prior registration). Quite a few practitioners who attended the basic camp, entered into solitude cells in the intervening 3 days and then participated in the advanced camp.

The faces of participants beaming with light, joy, enthusiasm, emerging from the shivir epitomize the tale best. All we can say is, you would not want to miss out next time for the Shivratri edition of the retreat, to be held in February, 2014. 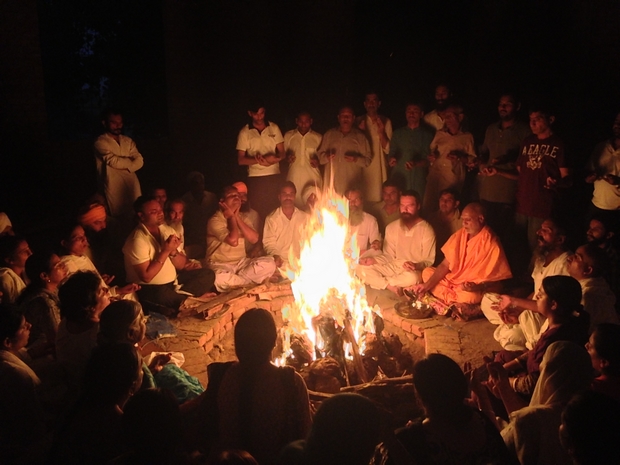 Below are some links for those who would like to enter deeper into what teachings were shared in the camp. No description of any practice is being given here. However, English renderings of the discussions during the camp are being presented < following links to be updated soon>.

Day 1: Why the body gets diseased? The Science of Disease

Day 3: “Ghat hi khojo bhai” or the Way to Enter Inside the Body (Ghat)

Discourse on the Day of Dussehra