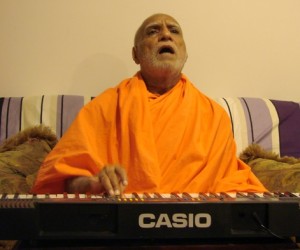 14 June, Ailsa Craig. Its almost 2 weeks now Maharaj is in Canada but even here He is following a similar schedule as in Malke Ashram. He remains locked in till evening meditating and contemplating upon the almighty. Writing has always been his favorite recreation and even while writing articles for quarterly magazine Kund Agni Shikha, his approach remains the same. He devotes some time to writing and still finds enough time to grant a blissful boon of devotinal chanting to his hosts. It is almost a year now he has devised a new technique of chanting. Many have experienced that during His stay in Haridwar Kumbh recently and in Malke ashram otherwise. It has been found such powerfull and captivating by every participant there and even here, which is hard to explain in words. Last night Maharj Ji poured so much of devotional emotions in his verses that every heart started melting down and tears were rolling down on every face. Few participant and specially Anil were touched so deeply that they went on howling with immense devotional craving and couldn’t be stopped or controlled by themselves untill Maharaj Ji blessed and comforted them. 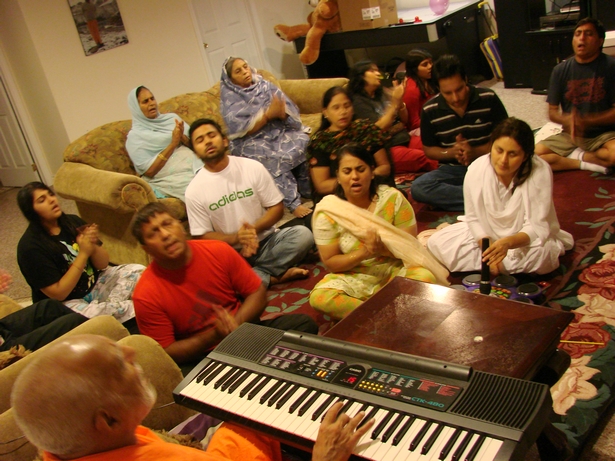 Everyone swaying and swinging as Maharaj Ji plays devotional music 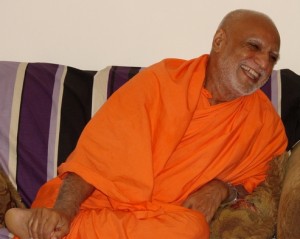 Later Maharaj Ji switched to laughter session with his all time favorite Sheikh Raunaki Ram that made everyone relaxed and recharged. His charismatic style of communciation and innocent natural laughter produced so much mirth amongst the devotees that everyone was rolling on the ground holding their stomachs. But with his simple words and much of amusement he conveyed a very deep philosophy of life & very usefull tips to live in perfect harmony with family, friends & all others. It is ego which makes you special but also separated and its love which unites you to all and makes everyone special.