Guru Purnima – Dissolving the “I” 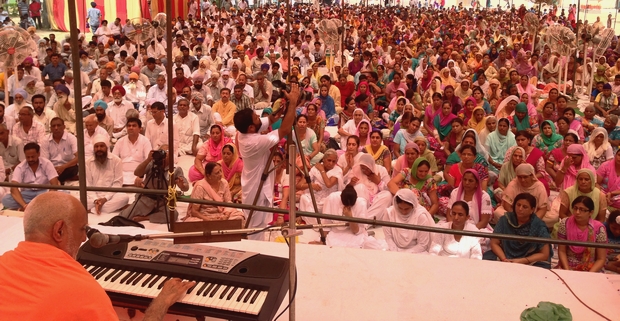 22 July, Shabad Surat Sangam Ashram, Malke: The occasion of Guru Purnima holds prime importance for a spiritual seeker, the disciple, the shishya. It is by no means a recent tradition but has its roots in the vast stretches of the time gone by. What was known as “Vyasa Parva” until the beginning of Kaliyuga (the present epoch) has flowed down as “Guru Parva” or “Guru Purnima” into the present times.

Who is the Guru? Why does one need a Guru? What is the way to do spiritual sadhana that connects us to the source of all creation – the almighty God, Divine? Such questions are bound to arise within any seeker and Guru Purnima is the most befitting opportunity to address them. Following are some excerpts from the discourse given on the day of Guru Purnima by Maharaj Ji (Swami Buddh Puri Ji):

There is no doubt that God alone is the Guru. It is He who is True at all times and is at the source of all the traditions of Jnana, Bhakti, Yoga etc. And it is He who through the channel of a very fortunate being’s body also reaches out to the common practitioner. 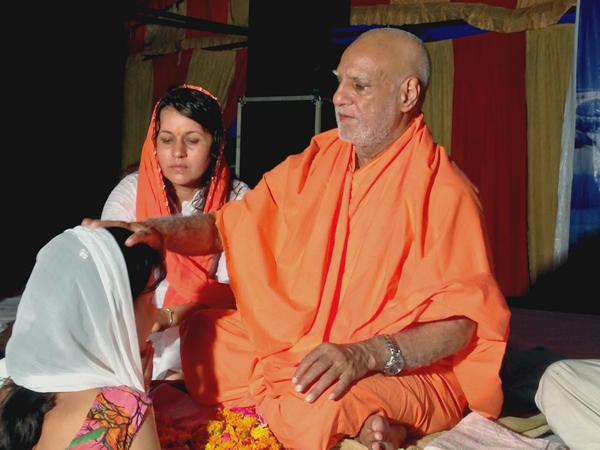 The issue that an embodied being cannot be a Guru is meaningless. Guru, God is present everywhere and in everyone. Then why does one require a Guru? We can understand this by an analogy. Fire is always present in a piece of wood. But this fire, inherent in the wood, cannot burn it without the help of a spark from the outside. Similarly, the seeker requires the spark of Naam (the Name of the Lord) to manifest the Divinity inherent in him. This spark is of God Himself that reaches the heart of the disciple through the channel of a saint’s body in which the fire of Bhakti, Naam, Knowledge has been set ablaze. There is no other way to attain this Name.

On the path of God, Guru is indispensable. This has been said emphatically by saints of all ages. One may equal even Brahma in knowledge or even Shiva in tapas, but without the Guru one will not cross over this ocean of the world. Instead his scriptural knowledge and austerities (tapas) will strongly bind him in chains of egoism, pride and other desires. This has been seen in the cases of Ravana and Kumbhkarana.

It is important to understand the distinction between two kinds of path that exist in the world. One is the path of objects, earning wealth, sensory enjoyments. The other path is that of dissolving oneself; of attaining the highest bliss. On this path one does not get entry without the Guru. The outer paths are dependent on the “I”. There one can take guidance and knowledge from others and find success. Though even there one requires guidance, but the inner path is totally different. Here merely taking guidance and thinking will not do. On it, one must surrender one’s “aham” (ego) at the feet of the Guru.  This is the difference. 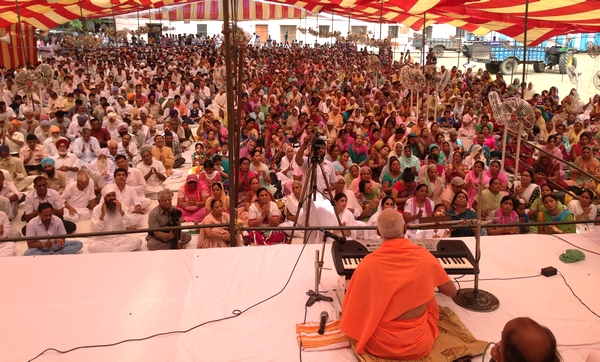 Someone may do great tapas, or practice a lot, or memorize the Vedas and shastras, but devoid of surrender (of their ego) at the feet of the guru – such practitioners may attain heaven, even yogic powers in some measure but in the end they will be deluded. They will not be able to reach the Lord. The first condition to meet the Lord is surrendering one’s ego at the feet of the Guru.

On the other hand there may be someone who is not a scholar, does not practice austerities etc., perhaps even ends up doing wrong on occasions, but if he feels a thirst to walk on the path of God, he can do it provided he surrenders at the feet of the Guru.  So the difference should be clear. Even great practices resting on the “I” will not help on this path; instead someone may even be like a sinner, but if he repents and surrenders, he will progress further on this path.

Some people object saying that even though the Guru may give Naam, but eventually it is me who must practice. Guru will not bestow knowledge just like that. This statement is more false than true. Why? Because they don’t know who the Guru is. They think that Guru is also an embodied being. Indeed, the body through which the Naam is obtained also has a great significance. But along with that it is important to understand that the in the form of the Naam the Guru (God) has come to rest in my heart. The Guru-Naam is not lifeless, it is verily alive. The Name, the body which becomes the means to bestow us with the Name, and the Lord at the base of all this, all are important. Even if one these is missed everything is ruined. The fourth thing is that I also am one with God. But this will be realized only through practice.

But it is not right to think that I will practice and reach God. Many practitioners talk so. The meaning of practice and japa is not that I did so many hours or cycles. The idea is to dissolve this “I” in the practice. It is not that I will practice. Instead I have to end myself in the Naam, such that, I do not exist. As long as “I” is there, He is not.

In practice, all the emotions and thoughts and meanderings of the mind are to be sacrificed in the flame of Naam inside. Go on giving the sound of the Naam and listening to it. Indeed one has to practice, but simultaneously one is to go on leaving the “I”.  If the mind goes here and there, then what is to be done? In this case the aspirant should surrender to the Divine saying – “O Lord! Howsoever I am, I am Yours.”

But this will only happen when there is faith in the heart and discrimination in the intellect. With the ground prepared in this way the deeksha of the Naam will lead to inner awakening. The power of the Naam is alive and it is increased through faith and understanding of the disciple.

It can happen that despite having taken deeksha and having a burning faith, the circumstances prevented you from practicing. It was like you sowed the seed, but it was followed by a season of drought afterwards. But the truth is that the even the adverse weather would  undergo a change and the seed sown inside earlier, will begin to sprout, because it was sown in the soil of faith and discrimination. Such is the power in the Naam bestowed to the disciple. 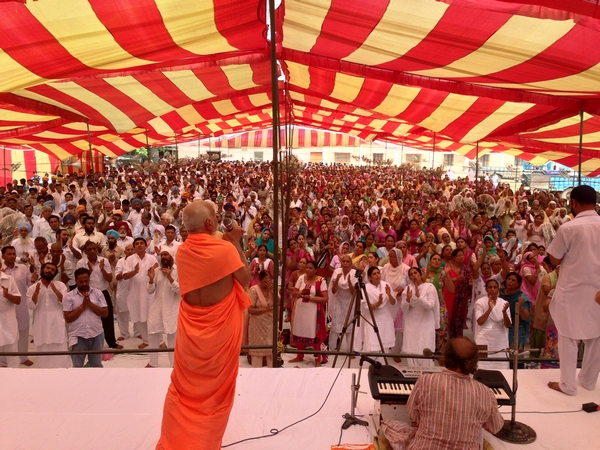 However, a sincere practitioner never waits to tread the path. Why should one delay? Why should one invite drought? It is as if a thief comes to know of an isolated place where he is sure treasure is hidden. Would a real thief then procrastinate, delay and postpone? He will plan throughout the day, collect the necessary equipment and in the night he will start digging. If he waits it implies that either he is not a thief or he does not really believe in the existence of the treasure. A true thief will search, even if he may be frail, thin or diseased.

Similarly, if we try to delay and postpone on the pretense that we are sinners, diseased, that our mind is too weak, intellect too blunt to grasp the truths then we should know that we aren’t disciples yet, that we do not have faith in the Guru-Naam.

The Name is alive. The Lord, the Name, the Guru – are the same. We cannot leave any of these out. Yoked to these three, then ultimately when the ego would be dissolved then we would know that “I am not”. In that case the entire body will be imbued with Name. But this will not happen as long as there is the wall of ego; if consciousness is stuck in the body itself.

The Name of Lord is attained from that place where it is present in immensity, in an unlimited way. You may call him by any name –  saint, Brahmgyani or even a Guru, but the Name is attained from only Him in whom the vibes of Naam have permeated the entire body.”

Maharaj Ji concluded his speech alluding to the ongoing construction and consecration of the Tripur Shivaa Peetham. Once consecrated in special ways, the Sri Yantra would also assume the role of Guru for sincere, dedicated practitioners.