Himalaya: A Hallmark of Spirituality

Nov. 1-8, 2012. Afterthoughts over trip to Bhavishya-Badri and Varnavarta in Himalaya. 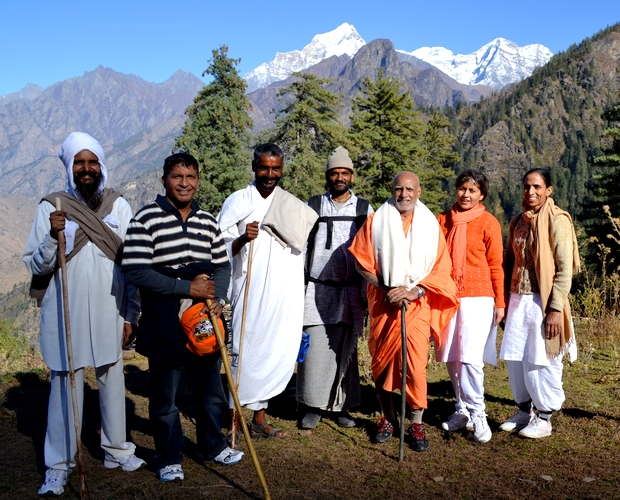 Mountains don’t just stand tall physically, they equally offer spiritual heights for the seekers of truth. Especially Himalaya, land of ancient saints and sages, is a hallmark of spirituality. It is not just effect of austerities and meditations performed by countless sages there but the virgin land has its own vibrations, subtle yet significant. The region of Himalaya starts from Haridwar itself but its real beauty lies in the remote lands, peaks, jungles, and caves that are still untouched by filthy human mind. While many places of religious and spiritual value have turned into heaving tourist spots in modern times, there are so many places still unaffected. Throughout the world, spiritual seekers dream of being there and many of them really work hard to bring this dream to reality. It is a fact, for a sincere aspirant, that just being there turns the mind and prana inwards boosting the inward journey. As one goes deeper, there are times when his/her consciousness is able to receive direct guidance from higher levels as well. 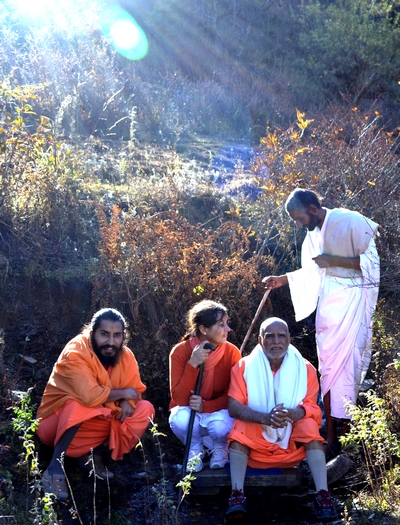 No wonder, Maharaj Ji lived in Himalaya for many years before coming down to Punjab, and even afterwards, he keeps visiting there frequently with several devotees. He always prefers travelling beyond regular religious spots such as Badrinath-Kedarnath-Gangotri-Yamunotri-Hemkunt etc. Sometimes he would guide the group to well-known but generally inaccessible spots such as Gomukh, Tapovan, Nandanvan, Phulo Ki Ghati, Satopanth, Swargarohan, Mani Mahesh,  Muktinath, Damodarkund etc. but at other times he would just go deep and deeper in Himalaya and camp at some unusual place for weeks or even months. In every such camp devotees had remarkable spiritual experiences but most amazing thing was its occurrence in unison. It all started without making any conscious efforts at one time for everyone and concluded after a specific period all at once. The most important thing was its aftereffect. Once it was all over, people were not same anymore as something was changed inside them permanently. Maharaj Ji has given comprehensive account of one such experience at Satopanth in a book (presently available in hindi language only).

In that book Maharaj Ji has discussed the secrets of sacredness of teerthas (holy places). As per spiritual science, this whole universe is made of five elements – sky or ether, air, fire, water, and earth.  The first two are subtle and quite expansive in nature while the last two are gross and rigid. Water makes only downward or southward movement and earth is stiff and still. Fire by very nature moves upward and it is the purifier. It is actually pure energy, which helps water and earth to transform. At places, where earth shows some extraordinary activity or water changes its course and flows towards the north, believably the fire element is prevailing upon them. In other words, divine energy is being manifested at even gross physical level. Such places become unique energy centers and charge not only the surrounds but also its inhabitants and visitors with spiritual energy. Almost all the ancient places of religious and spiritual importance depict this characteristic. Those aspirants who have awakened the inner fire to some level can easily connect with this divine energy and take great leaps on inner journey. This is why wise men recommend worship and meditation in holy places. 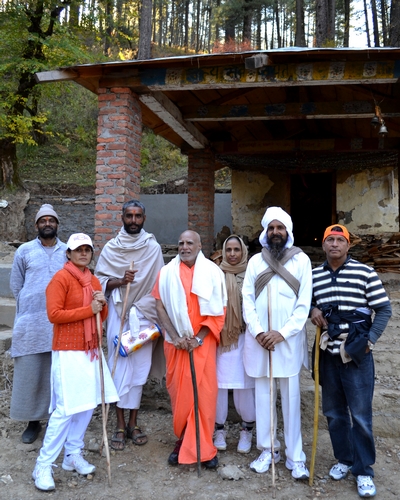 During Maharaj Ji’s recent visit to Himalaya, Maharaj Ji explained it once again with proof. The first was temple of Bhavishya-Badri above Tapovan (near Joshimath). This place is about 2,744 metres (9,003 ft) above sea level and 6 kilometers away from road. One has climb up the hilly trail on foot, passing through dense forest. It is supposed to be situated on an ancient pilgrim route to Mount Kailash. According to the legend of Bhavishya Badri (literally “Badri of the future”), a time will come when the mountains of Nara and Narayana would block up the route to Badrinath and the sacred shrine would become inaccessible. The present world will be destroyed and a new one be established. Then, Badrinath will appear at the Bhavishya Badri temple and be worshipped here, instead of the present shrine. The Bhavishya Badri has an image of Narasimha, the lion-faced incarnation of Vishnu, which is believed to be carved by nature and not by any man. Pilgrims notice that the image is becoming more and more obvious every year due to its regular protrusion. It is said to be visible, in the beginning, as mere engraved outlines on the rock but now it is protruded few inches out of the hard rock. This unusual activity in rock proves the sanctity of the place and one can easily feel it inside by meditating in that atmosphere. The whole atmosphere is so serene and inspiring that anyone can easily set foot on inner journey having slightest intention. 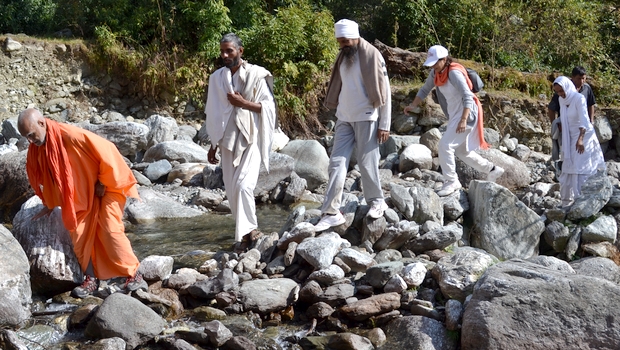 The second proof was Uttarkashi, which is also known as Varanasi being situated between the rivers Asi and Varuna. Like so many other shrines established by riverside, where the flow of water turns north, junction of these two rivers demonstrate the same characteristic. As ida and pingla merge into sushumna to rise up towards north (sahasrara) inside the body, similarly these two rivers merge into holy Ganges to rise northwards. This bizarre characteristic of nature there affects the inner flow as well. A visit to Varuneshwar, where from varuna river originates, gave more strength and basis to our belief. Besides, Brahmachari Guru Chaitanya Ji, who lives in jungles of Uttarkashi, is a living proof of this. He has so many stories to tell and experiences to share affirming the sanctity of place. However, these external supports would all be futile without the grace of guru akin to a fertile land without seed. This has been proven many times with several devotees and needs no explanation here. Many people who have traveled with Maharaj Ji know it well that the experiences happened only in his company and not when they went alone. It is like, you need a transformer to channelize energy from the main source as per your capacity. 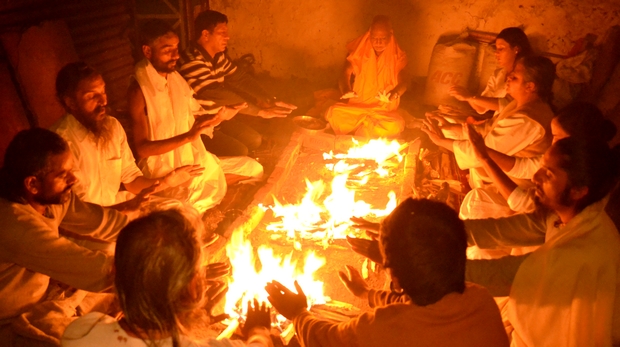 On this trip, few aspirants happen to meet Maharaj Ji who were left without guidance as their Guru had left the body. Looking at their aspiration Maharaj Ji kindly guided them in various kriyas and together performed Agni Kriya as well. They were all delighted to find the new hope.