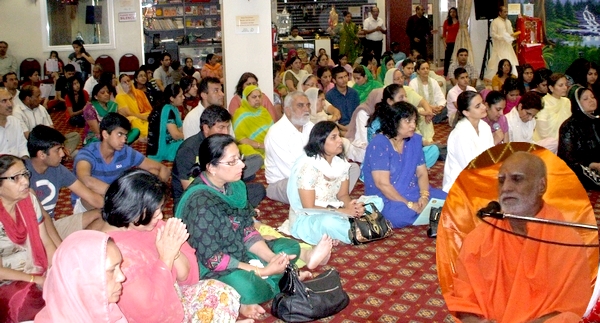 5th August, Canada. The last week of Canada tour was full of activities as many public events had been scheduled apart from family visits. The first event was held on 31st July at Sant Gyaneshwar Ashram (also known as Bharat Mata Mandir) who invites Maharaj Ji every year. A large gathering attended the satsang which was focused mainly upon leading a meaningful life. It was Tuesday, the day of Lord Hanuman who is celebrated as the dispenser of safety and wellbeing. Taking example form the life of Hanuman and explaining various approaches to pursue them in day to day life, Maharaj Ji motivated the gathering to discover the everlasting safety and wellbeing and not just a temporary relief from miseries. For this, he advised to seek the refuge of the lord almighty and not go begging in world.

There were more satsangs organized in family settings at different places. The major focus of these satsang were to recognize oneself as divine considering the fact that everything is created by the God and everything exists by him and only him. Besides, various techniques and practices were explained and taught in these sessions. In one of such satsang at Neelam-Tony Vashist’s place Maharaj Ji discussed various techniques to turn the mind inwards and conducted a session of chanting which lasted for more than two hours. Everyone was kept blindfolded for the whole session while mantra had to be chanted incessantly in low and high tone alternatively. Initially, some people were a little skeptical about sitting blindfolded for such a long time that too on floor but as the session started, gradually they were all taken to a different world where they lost track of time and space. When they were brought back to physical awareness they couldn’t believe that they had been sitting and chanting for more than 2 hours. Many people had experience of divine light and sound and other celestial visions. Tremendous amount of spiritual energy was created in those two hours which not only calmed down every body and mind but opened some inner channels too. 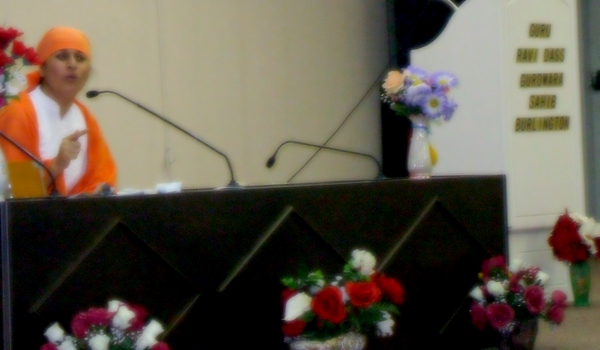 Meanwhile, Guru Ravidass Gurudwara Sahib Burlington invited Sadhwi Ji for a discourse there. She had visited there last year also and her talks were greatly appreciated. In words of the audience, it was first time they were listening something which was very practical and simple. Besides, the profound logic and science presented in her talk were really convincing and suitable to everyone. Though her talk was totally based on Gurubani but the spiritual secrets she shared through her explanations were entirely new as it was supported by practical knowledge and personal experience. 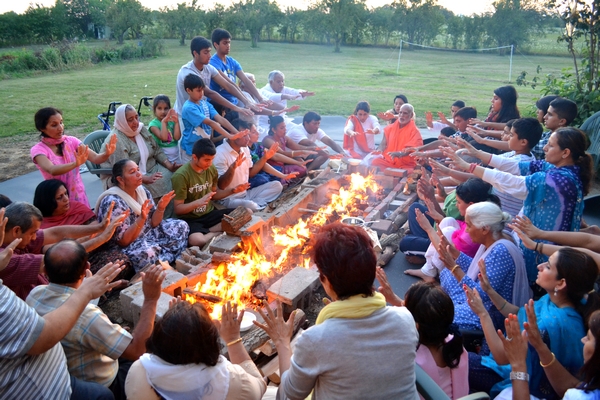 Maharaj Ji wanted to conduct at least one more session of Agni Kriya (fire meditation) before he left Canada and devotees were also eager to recharge their batteries through it. Though, the weather prediction indicated heavy rain during the whole week but slight wish of Maharaj Ji and keen enthusiasm of devotees pushed the clouds away. A huge fire was made in the backyard of Bant Singh Ji’s house and in divine presence of Maharaj Ji a complete session of Agni Kriya was conducted by Sadhwi Ji.

Overall, it was a beautiful experience for everyone full of learning and awakening.