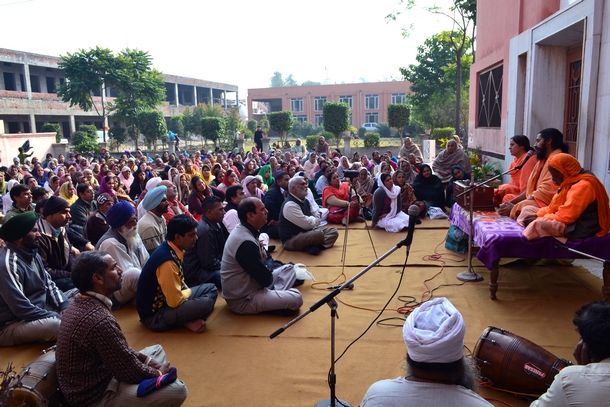 December 16, 2014, Harisar Ashram, Qila Raipur: The fragrance of the October 3 inauguration of Dhyana Mandir, Tripur Shiva Peetham still hangs on in the air but time is certainly moving on. Before Maharaj Shri entered into total solitude he passed on the spiritual welfare of the sangat to the hands of Swamiji (Swami Suryendu Puri) and Sadhwiji (Sadhwi Yoganjali Chaitanyaa Puri); himself moving on to fulfill a subtler and a more expansive role in the form of advanced Mahayogic sadhana. And it is quite apparent (at least to ashram inmates already and would become more so to every visitor) that both the dedicated disciples have committed themselves to this significant seva that Maharaj Ji has offered them.

In line with Maharaj Ji’s directions Swamiji completed a 40 day retreat (chaliyaa) at Shabad Surat Sangam Ashram, Mallke. During this period Sadhwiji not only fulfilled her own share of duties but also took on the additional duties of Swamiji. And now it is Sadhwiji’s turn to leave all mundane matters behind for her chaliyaa; needless to say that now Swamiji will share the duties of Sadhwiji – in this way both working in tandem just like “Shiva and Shakti” – to quote Maharaj Ji’s expression of faith in them which he had bestowed on the occasion of roles’ transfer to them (installing them as heirs).

And the really beautiful thing is that both of them are not only committed to walk the inner path themselves but are making efforts to give wings to the similar silent wishes of the onlookers and the reluctant, apprehensive folks like us. The letter that Swamiji wrote some while back was in this spirit. He has already started rekindling the flame of divine longing amongst the routine visitors from nearby villages. One or the other seeker is continually sitting for weeks’ long retreat at Mallke Ashram. And much more is sprouting behind the scenes.

The ongoing 40 day retreat of Sadhwiji at Qila Raipur too has inspired an atmosphere of service and practice. Where Devis Anu and Babli are doing their 40 day retreats alongside Sadhwiji, various other sadhaks are participating in their individual week long retreats at Qila Raipur. A few lady aspirants are doing seva at Mallke Ashram and wish to enter into retreat practice once Sadhwiji returns.

Just before Sadhwiji entered into her retreat she gave a very emotional address. It also happened to be the occasion of monthly Sankranti Sabha at Qila Raipur. Some salient points from what she spoke have been shared below to be of use to seekers, aspirants and readers. 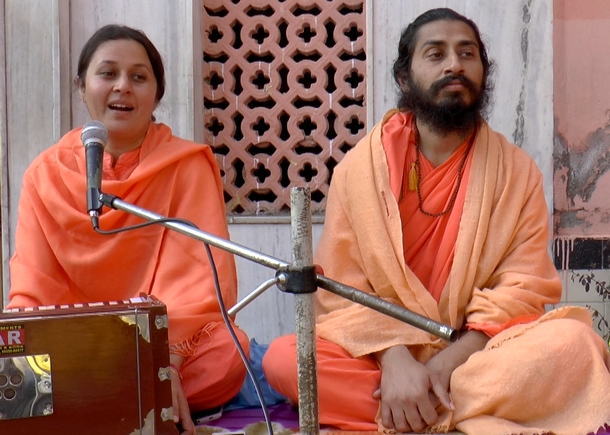 Sadhwiji spoke about love and surrender at Guru’s feet, and also her chaliyaa currently underway.

Sadhwiji narrated a little incident from her own life which shows how a true Guru knows all that is happening to the disciple. Many years ago when she was still studying at school, all satsangis of her village, Panj Grain used to gather at one place and practice. In one such practice session during the night things started happening inside her and she became unconscious and fell. Next day as she was waiting outside Maharaj Ji’s room, with her mind pondering how to share her experience from last night, but the moment Maharaj Ji opened his door and she touched his feet, he asked, “What happened last night? Sadhana was going on quite strong.” The amazed Sadhwiji just stood dumbfounded but understood that “Satguru mera pura” (My Satguru is whole and complete). She added, “So Maharaj Ji’s physical absence should not trick us into thinking that he is not there. He is always with us and knows what is happening. However, Maharaj Ji’s nature is such, as all of you know, that he hardly ever presents himself in that way, except on some rarest of ocassions. Doing everything in a hidden way, he says that it is the result of your faith etc.”

Sadhwiji concluded with the mention of her chaliyaa and explained the reason why it has been publicly announced when normally one would expect that such things be done in secrecy. It is to take everyone along. Her sitting has inspired various others too to put their worldly duties on hold for sometime in order to attend the highest duty of ‘Self Discovery’. Further, practicing as a group does not strengthen the individual’s ego and also creates a positive atmosphere.  For such reasons, Sadhwiji’s chaliyaa has been openly announced. 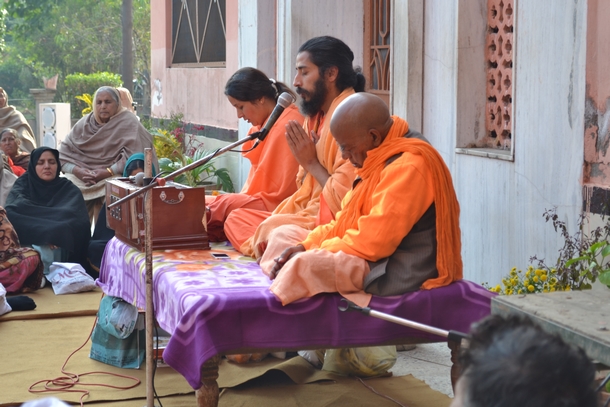 Swamiji followed up on Sadhwiji’s speech with a penetrating, inspiring and above all a love-imbued discourse. Parts of that are presented here.

“In the last 40 days (referring to his recently completed chaliyaa) many things went on in the mind. But one thing was most clear: something should be done with urgency that Maharaj Ji feels the need to guide his children once more. You all know that he is extremely loving, kind and compassionate; he has done so much – even feeding little children from his lap. Why did he do all this? When Maharaj Ji used to mention the grandeur of this path, his eyes always shone with tears of compassion. He always wanted that all should travel on this path. Wasn’t it for the same reason that though he was sitting all-content in the forests of Himalayas still he came down on request of villagers from Mallke – for they said to him that they seek guidance and want to walk strongly on this path. And didn’t he mention the same thing when Mallke Ashram was being built that his own role would be wholly and solely to guide those willing on this path and he would play no role in administration of the ashram. And all these years anyone who came to him with any desire, his reply was always one, “Bhajan Karo”. Yes, worldly desires were also fulfilled at his door but the core of his advice and guidance was always to do practice, make the necessary effort to stand on one’s feet because a principle that he stated repeatedly was “only through struggle does consciousness flowers”. And when people complained that they could not practice because their bodies didn’t allow them to, he gave to us “Surya Sadhana” which is simple yet so effective. When people said that they cannot find the Sun all the time to practice Surya Sadhana, he gave “Sanjivani Kriya”. When people said that they were looking for something strong with immediate results he gave “Agni Kriya” – all of this with just one intention that one way or the other all should walk on this grand path.

And now he has mentioned one thing, “All is ready – course, books and teachers. Increase your hunger and if you are really upto it come and join.” Maharaj Ji is not leaving anybody behind. But he has given us one course to complete now. When we are ready we can study further with him. One cannot confine the ocean; similarly, we cannot confine Maharaj Ji’s sadhana to one ashram or a circle of devotees.”

Swamiji mentioned that his recent letter was inspired by such thoughts as shared above. The reader is invited to pursue it once more here and learn of the plans shared therein. Swamiji went on to share the spirit of the letter and concluded on a note of intense love and tenderness. With opened arms he invited all to walk on this grand journey but with one caution: On this path of love Khudi “I” will not remain, that will be erased; only Khuda “God” will remain. So those who are ready for this, should join.