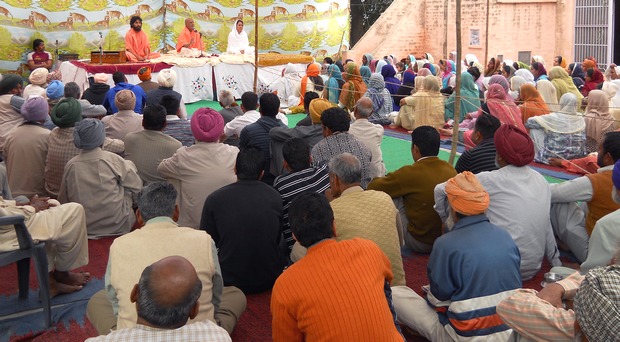 Mar 4, Garhi Ajit Singh. The Kutia (shelter made for meditation) in village Garhi still carries the divine energy which was produced due to intense meditation and tapas performed by Prabhu Kambli Wale (Swami DevPuri Ji) long ago. Later Swami Dayalu Puri Ji and Maharaj Ji (Swami Buddh Puri Ji) also performed austerities there. Even now many aspirants visit this kutia for solitary practice as they can feel the divine energy and potent vibes in the very atmosphere. In fact anyone who comes there with devotion and aspiration evidently feels it at every level of his being and also feels the guidance for further spiritual development. 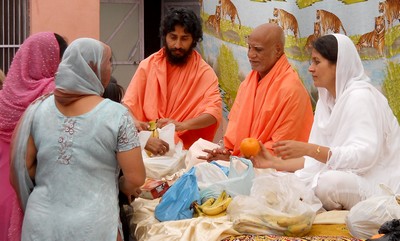 Whenever Maharaj Ji happens to visit any place nearby, he makes it a point to pay a visit to this kutia as well. First Sunday of this month was a similar occasion when Maharaj Ji was on the way to Chandigarh. All the locals as well as villagers from nearby towns gathered there and this short visit turned into a grand satsang (spiritual congregation). It was long time Maharaj Ji had visited the kutia so everyone wanted his share of time hence Maharaj Ji stayed there until they all had their say.

Maharaj Ji often talks about the innocence and simplicity if the devotees of this village. There are many old devotees who have served Swami Dayalu Puri Ji. Talking to them Maharaj Ji was also reminded of those old days. And while talking about the effect of tapas he mentioned an incidence from Swami Dayalu Puri Ji’s life. In this Kutia there used to be an amla (goose berry) tree under which Maharaj Ji used to sit for evening congregation. The fruits of that tree used to bevery sweet even though the amla has very bitter taste normally. There was a mango tree also which used to bear fruits throughout the year even without season. There were many people who had personally witnessed such phenomenal changes and even tasted those fruits. This is the effect of sincere devotional practice that not only the practitioner’s body and mind but even the surrounding environment also changes. As and when a true seeker visits such places with aspiration and performs tapas there, this energy guides him. It is their compassion, their love which lasts forever. 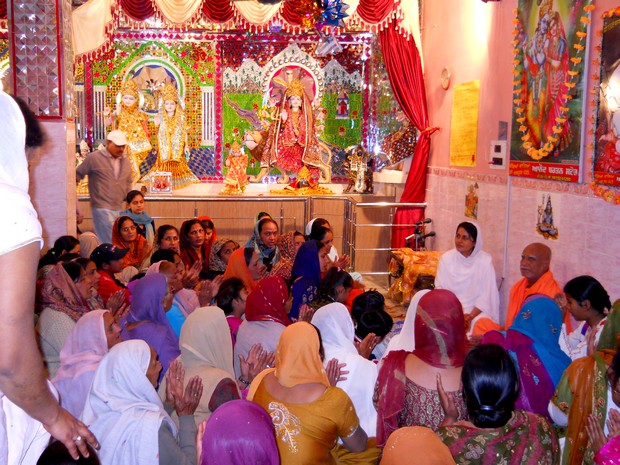 Later Maharaj Ji visited Mahila Satsang Bhawan in Aur (a town nearby) which was built by the devotees way back. In fact the Anand family which was most crucial and active in running this satsang bhawan also played very crucial role in Maharaj Ji’s nod to visit Canada as they have made temples there too which now invite Maharaj Ji every year.