Ludhiana, 8-10 April, Surya Kriya Yoga Sadhana Shivir: The discourse by Maharaj Ji (refer the post titled- Grand Satsanga at Gill Road, LDH) that had introduced the city folk to the powerful kriya of SSKYoga, crystallized its effect and the curious, receptive aspiratns turned to openly bask in the Sun. Even the Sun-god were merciful and despite otherwise hazy weather he graced the assembly with his presence as long as the kriya lasted, on all three days. And when the receptive hearts of the practitioners met the grace emanating from the Sun, what resulted was a grand success. The miracles of SSKYoga were painted again. Swami Suryendu Puri Ji who conducted this sadhana, along with Sadhvi Yoganajali Chaitanya describes, “Most  practitioners felt their energy levels ascend and found relief in many diseases, allin just three days. A bank employee who had been taking anti-depressants from many years felt relaxed in just one day and regained his confidence.Describing his experience he said that for the first time his recent memory he remained so happy throughout the whole day. A lady who was severly suffering with rheumatic pains could easily walk and perform physical movements by practicing just 3 sessions of surya kriya.” Swamiji and Sadhviji also shared with the gathering the artful breathing method of Sanjivani Kriya and some basic habits for a healthy, happy lifestyle. 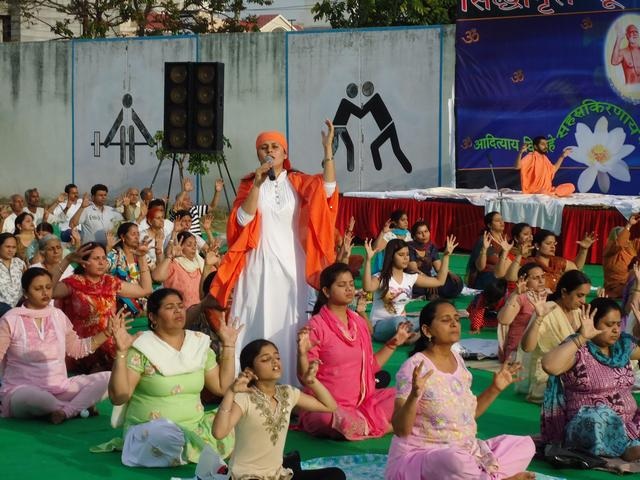