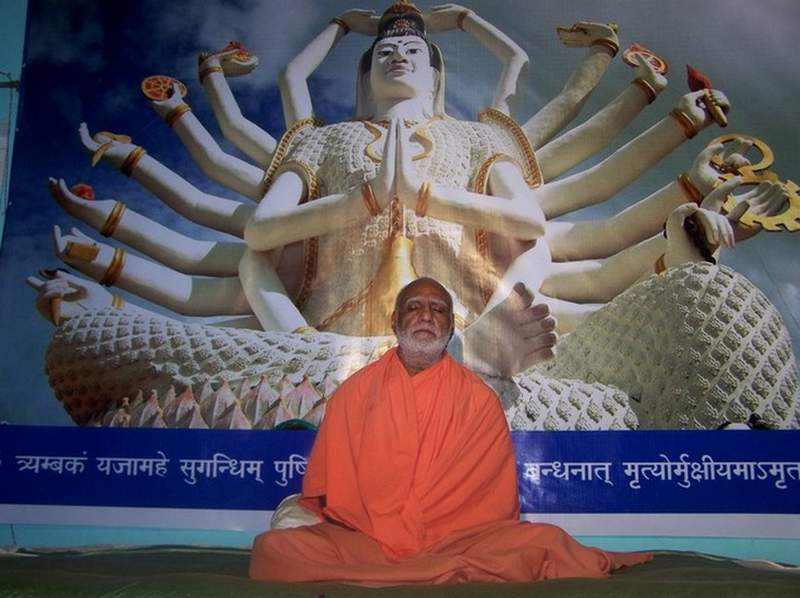 March 2, 2011, Malke Ashram: Strength, valor, power, compassion, deathlessness are synonymous with Shiva. Shivaratri inspires our evolving consciousness to wed itself to these qualities, in other words, to Shiva Himself. 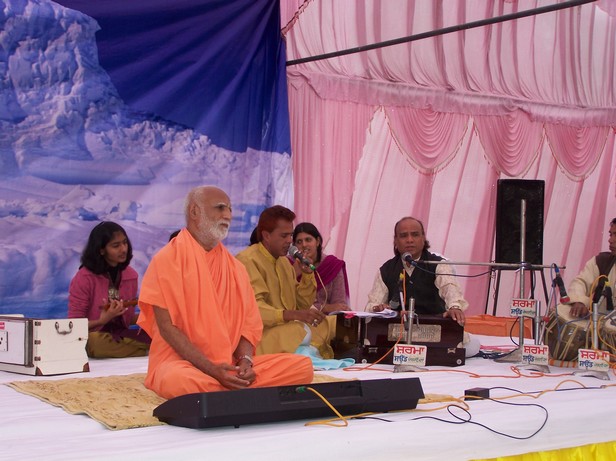 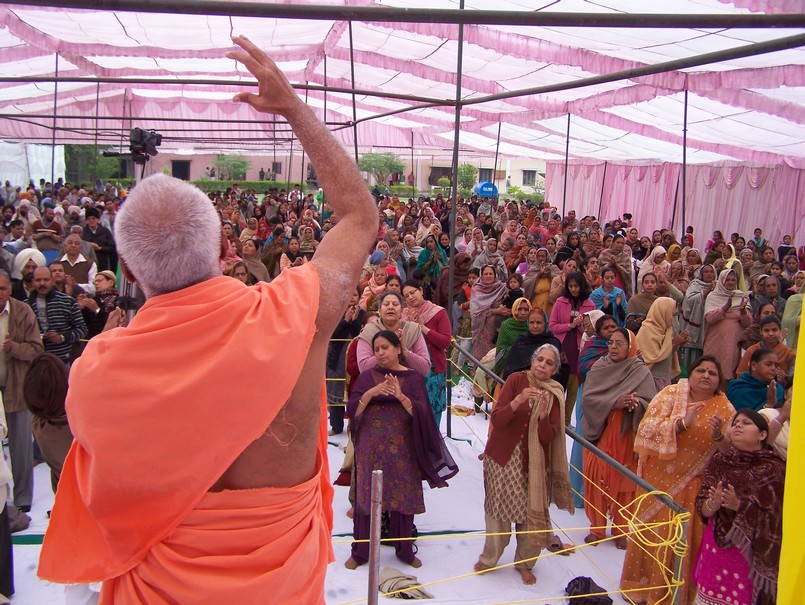 The gathering was first thrown into ecstasy after savouring the compositions of the dexterous musicians visiting from Dahod. To such a swaying audience seated under an overcast sky, Maharaj Ji addressed the following words: The sky is cloudy today; but if we can still connect ourselves to the sun shining behind them, then we would be truly celebrating Shivratri. It is when the adversities come marching into our lives that we get an opportunity to connect to our inherent Divine Natures; much like Arjuna did on the battlefield of Kurukshetra.The straight path to do so, is to cry out to the Divine like Arjuna did, asking for his guidance; and the Lord will then surely raise us high above the maze of our own mind into the clear shinning sky above. The grey clouds shall remain behind and we shall then be established in our Shiva nature. The day of Maha-Shivaratri inspires us towards this end. 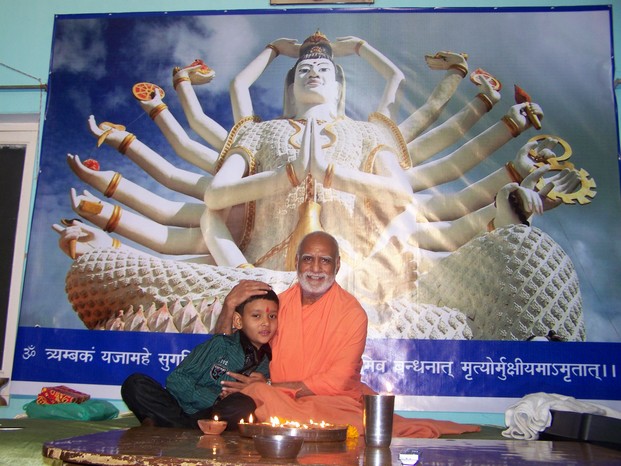 In the Night: The session began with with unique birthday celebration of Shivam. However, it was celebrated not with sweet cakes and so on but with loads of strong vibes of mantras in presence of fire. The gathering imparted their well wishes to the birthday boy using hand gestures and ofcourse their heart. Such birthday celebrations have by now become a norm: Maharaj Ji says that these occassions when celebrated in the proper way work in the same way as that envisioned by the ancient rishis when they laid down the traditions of sanskaar etc.  Further, as the night deepened the excitement and devotion ascended to still higher peaks. The musicians enthralled the aspirants with powerful melodies devoted to our intrinsic Shiva-nature. And later Maharaj Ji spoke on the grand subject of Death. Affirming the omnipresent fear of death amongst human beings, it was explained that the reason why we fear death is because we are unaware of what death really is: to us it is a mystery, clad in unknown and hence fearful. But to rise above this fear of death is the import of celebrating Shivratri. To strive to rise into our Immortal, Divine Nature is what the message of Shivaratri is. To cross the night of delusion, through the grace of Shiva is to worship Shiva on Shivarati. It falls on the 14th day of the dark fortnight: signifying that even when all is about to be engulfed in total darkness, even when one is on his deathbed, still if one can cry out to Shiva, the compassionate Lord would answer. Shivaratri inspires us to yoke ourselves with the all-joyful nature of Shiva in contrast to the impermanence of worldly enjoyments that can eventually result in only disillusionment and repentance. The message was heightened to new intensities when Maharaj Ji led the chanting of Maha-Mrityunjaya Mantra. As the first vibes of dawn we in the air, the aspirants returned drunk to their cells to rest their minds in the infinite bliss and glory of Shiva. 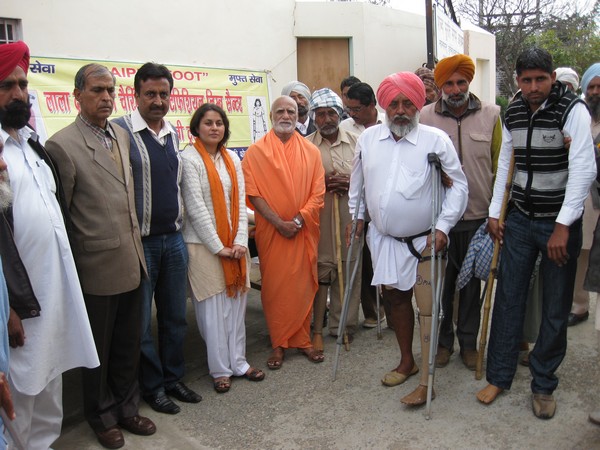 The Shivratri camp also saw the fulfillment of the the Artificial Limb Camp with the required limbs being provided to the ones who had participated in the first part of this camp during January when the doctors and the organizers had visited and had taken the requisite measurements.

The annual meditation camp is now underway and lasts from 3rd-6th March.