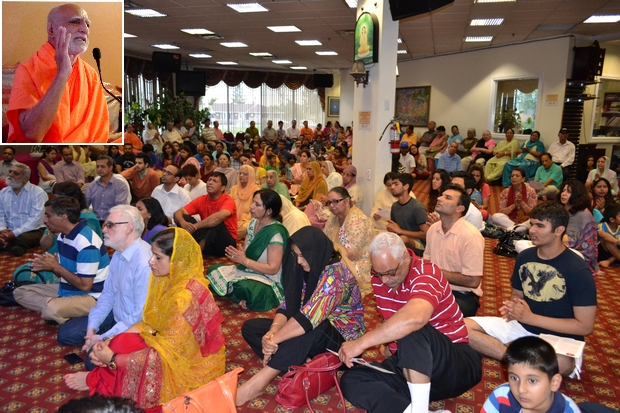 21 June to 14 July 2013, Canada. There is a famous saying “Change is the only constant” and fortunately, some changes are actually good. For many years devotees, who had migrated to other countries, had been requesting Maharaj Ji to pay them a visit but it was arranged only after a comprehensive system for health and happiness was developed in form of Shakti-Kriya-Yoga practices viz. Surya Kriya, Sanjivani Kriya, Agni Kriya etc. The reason was simple, Maharaj Ji says preaching is incomplete without practice. As we can see it clearly, despite supreme spiritual heritage and religious exposure many people in India have become so badly corrupt and iniquitous. In Maharaj Ji’s words, “Humans are intellectual being but apart from intellect they have a physical, a mental and an emotional aspect too. Any idea would not transform their life unless it infiltrates all these levels.”

Study in ancient times meant listen, ponder, and practice (श्रवण-मनन-निदिध्‍यासन) in contrast to present popular practice of reading and preaching. This sort of study separate humans from all other animals and allow them to evolve increasingly. In last few years, thousands of people have experienced that Shakti-Kriya-Yoga doesn’t change just their brain but their heart and the whole body. 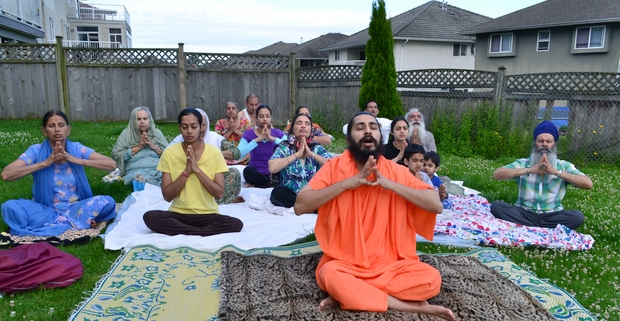 This summer, soon after UK, a visit was made to Canada as scheduled earlier. This year there was not enough sun but whenever it was possible, Surya Kriya was practiced. Sanjivani Kriya and 5-Rites were practiced regularly and satsang was organized almost every evening.

Like every year, Melissa Johnes organized session for local people who are interested in spirituality and ancient teachings. The weather didn’t allowed any practical session but many important discussions took place for betterment of life. The focus of all these discussions was to live a happy, healthy and purposeful harmonious life.

This year in Canada, Maharaj Ji focused on this practical aspect of spirituality. Hereby we summarize main points of his teaching- 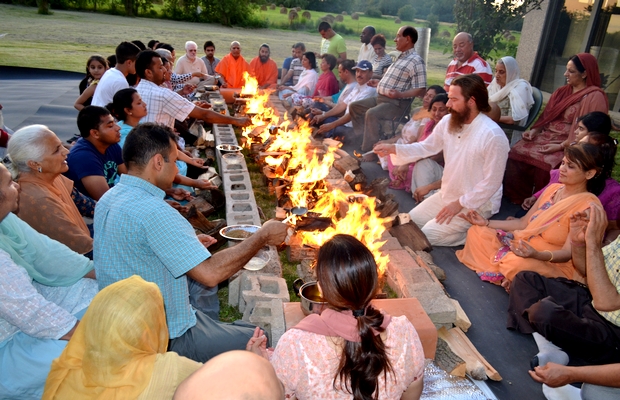 Agni Kriya was also organized a couple of time during approx this 3 weeks stay in Canada.