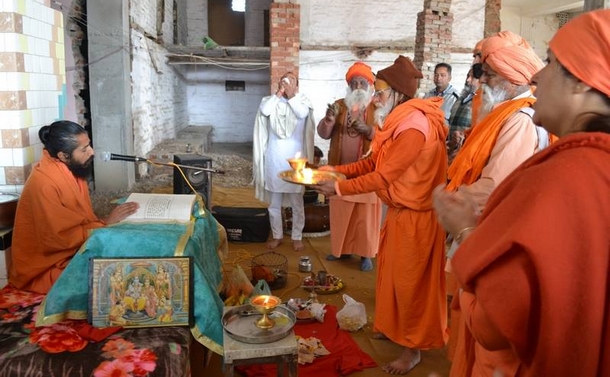 Sadhviji’s Discourse: (Listen or Download here)
Speaking on the 33rd Nirvana Divas of Shri Swami Dayalu Puri Ji Maharaj, Sadhviji began by describing the Master as an ocean of compassion who helped numerous people to advance on the true path. She further said that because such great souls never identify themselves with their perishable bodies, therefore, instead of celebrating their birthdays, it is customary to celebrate the day of their ‘death’, for the way in which they shed their body, expresses, in nutshell, the teaching of their entire lives.Sadhviji said that the core of Swami Dyalu Puri Ji’s life was constituted by his total surrender to the will of his Master, Shri Kambli Wale. Everything that he did in his life, from the tiniest errand to becoming the great scholar of scriptures, was done in obedience to the Guru’s will. Sadhviji cited numerous examples from his life in which this true surrender comes out vividly. Even Kambli Wale loved his disciple like no one else because once when Dayalu Prabhu were badly injured in an accident while doing a seva-work which otherwise he wasn’t required to do, Kambli Wale chided the others, We only have one true sevadaar and you don’t even leave him at peace. Swami Dayalu Ji were truly someone who personified the ideal of mann beche satguru ke paas – to sell one’s mind to the guru.

The path that he followed in his life is the path to total freedom and complete victory. And the fundamental rule of this path is that there is nothing more important that the command of the guru. But, we are filled with so many doubts and these doubts stop us from progressing. The wall of these ifs’ and buts’ prevent the boundless grace of the guru from transforming our lives.

Sadhviji concluded her message with the beautiful answer that Lord Krishna’s flute gives, when asked why she was so dear to the Lord. The flute replies, “For I am totally empty of “I”, therefore the  Lord loves me as he does.” 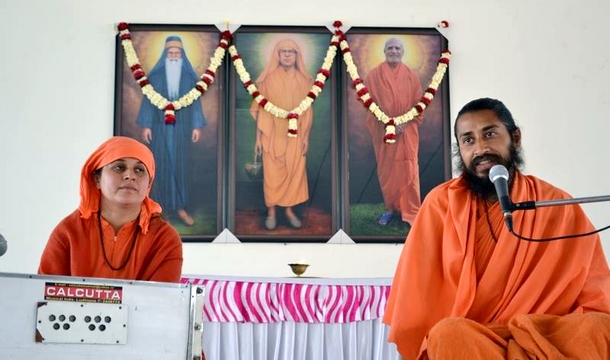 In this discourse Swamiji talks about the extraordinary experience that is deeksha. He also shares for the first time, some very personal experiences of a special practice that Shri Maharaj Ji had asked both Sadhviji and Swamiji to perform before they began to assist Him in initiation sessions. This discussion was inspired by some wonderful experiences that a young boy, born in a family of very old devotees of Jassar, had in his recent initiation.

Hereafter, Swamiji shares what kind of atmosphere Kambli Wale had wanted to build in the Kila Raipur Ashram, where sadhana was primary to every other thing. No mundane activity, though howsoever attractive or seemingly important, could supersede the spiritual goal. Swamiji added that it is Maharaj Ji’s wish that such an atmosphere of sadhana returns to Kila Raipur Ashram and that is why He has deputed Sadhviji to create that here.

Swamiji went to strike home in his powerful manner some eternal truths of the path, one of them being that those who are desiring both the world and the divine are trying to cross a lake on the back of a alligator. They cannot attain what they want. To really travel this path one will have to hammer down the outward tendencies of the mind with the Naam. He further added that it is true that saints serve everyone with an equal eye but they can do so only if you come to them.