Shaping the soil when it is soft, is crucial 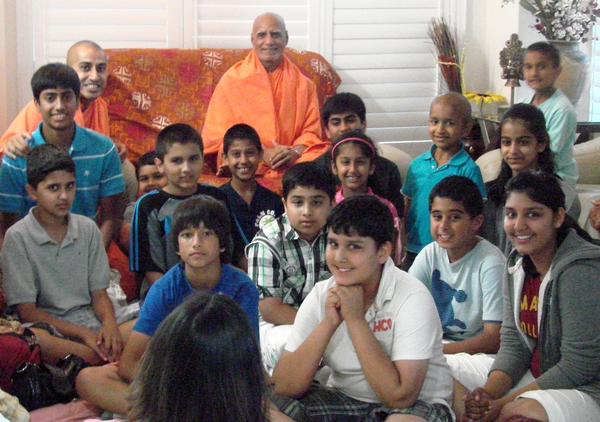 25 June, Brampton. It was yet another meeting with little divine souls in Brampton. The atmosphere was full of fun and frolic and the talks were focused on all that is important for young sould e.g. television, junk food, sports and friends. It was mostly children who did the talking, Swami Ji just inspired them and gave inputs as and when required. And children did prove their wisdom as always as they came up with very simple yet effective solutions for many issues which cause headache to their parents. Like they themselves agreed that 2 hours were enough for watching television as there were other priorities too such as studies and sports. They showed their interest in family values but they were actually sick of being lectured all time. Even otherwise it is observed that children learn better by watching their elders rather than listening to them. 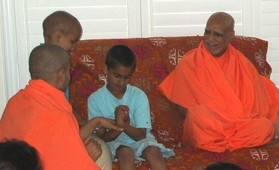 There were many brain games too which kept children involved all the time and there were hidden messages in all those games for children to ponder upon. Kids participated with enthusiasm and learnt many things. In such an open atmosphere they could not resist to open up their hearts. They admitted their faults and ignorance and promised to work them over for a better self-image. It was very clear that there need to be an open communication to make a happy family.