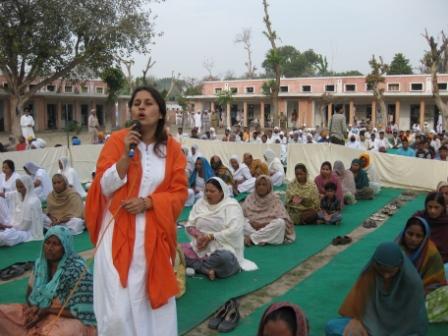 Bhatinda: The very successful organization of the SSKYoga camp in Bhatinda last month had scattered multifarious seeds in diverse fields which have very fast begun to bear fruit. Buoyed thus, the Guru Nanak Charitable Trust approached the Ashram to conduct an SSKYoga camp in the Bhatinda Central Jail Sadhwi Yoganjali Chaitanya was asked to take the responsibility of conducting the camp.

All done, the prison inmates, both males and females, sat down amidst feelings of apprehension, curiosity and surprise. They were also joined by the jail staff and other officials.  And then the process began. 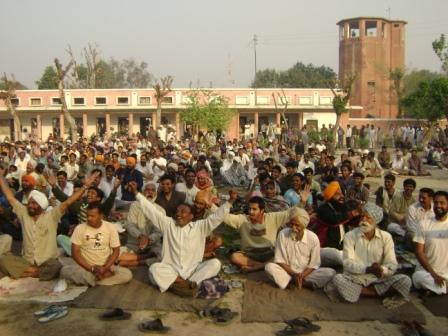 It is man’s ego that is the impediment to the coming of the Divine. But a heart that has suffered has certainly acquired some tenderness beneath its apparently hard and stony covering. It has certainly experienced that wind of life which carries in it the pollens of vairagya. Various spiritual traditions maintain that a realization of existence of worldly suffering is the first step to Divine yearning. On these grounds Sadhwiji talked to the assembly, telling them that prison was supposed to be a platform for improvement. In fact, it has a certain specialty that here we do not need to worry anything about the world and thus can devote all our time and energies in overcoming our weaknesses, dependences and filling ourselves with energy. Sadhwiji thus introduced them to the invigorating process of SSKYoga. And in course of the sessions that were conducted through three days, the initial apprehension turned to into a warm welcoming spirit, the curiosity gave way to an assured faith and surprise gave way to a relaxed contentment. Many participants gained relief in many bodily diseases: One of them had been troubled by menstrual diseases despite trying various medicines but found definite relief. Another female inmate who had been taking medicines for Asthma felt no need to do so after the three days. Numerous participants found relief in back and joint pains. 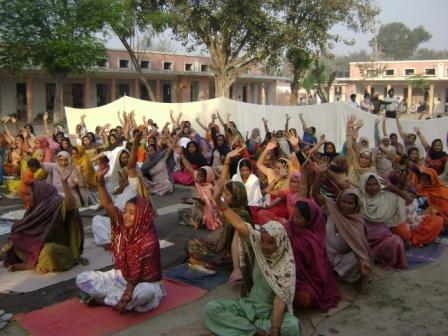 The entire process was so warmly touched the inmates that with tears in their eyes, they requested Sadhwiji to not stop but come daily and make them practice. So Sadhwiji appointed Shri Krishna Garg as the envoy to conduct periodic session of SSKYoga for the inmates.