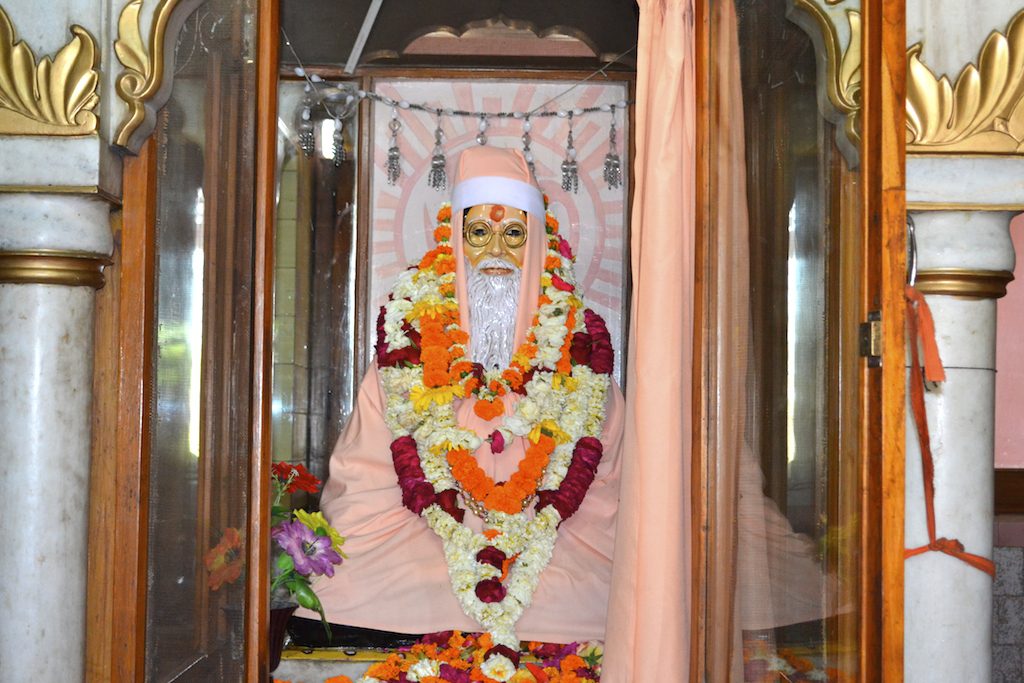 April 13, Vaisakhi, Harisar Ashram, Kila Raipur: Vaisakhi has always been a very special festival for the agrarian Punjab. At the Kila Raipur Ashram it becomes doubly so, as it also marks the “manifestation day” of Shri Kali Kambli Wale in the earthly realm. This year, it, especially the discourses, left a special mark in the hearts of the listeners. The day took an early start as Swamiji arrived early morning from Mallke Ashram to participate in the initiation of some fortunate aspirants. After the puja offering at the Samadhi shrine of Shri Kambli Wale, the seekers slowly trickled into the satsanga hall. Shri Raju Ji and his companions drew the gathering with the spirited singing. It was followed up by the ever melodious gurbani keertan by Shri Vijay from Mattewara.

Devi Babli and Devi Anu gave soulful, well-spoken messages to the seekers. Where Devi Babli highlighted the importance of utilizing the human birth well, Devi Anu cautioned us and asked us to check that our calling out to the Divine doesn’t remain merely a parrot-chat!

Sadhwiji was in marvellous spirits and the effect of her voice immediately took effect. This person remembers hearing sobs of repentance and vairagya emanating from somewhere to his side, the moment Sadhwiji began her discourse. Her message of especially freeing the conception of the Guru as merely limited to a physical body touched the heart immensely. She clarified that Guru is basically a stream of knowledge, bliss, consciousness which is ever-flowing and the seekers should not get stuck to merely its outward form.

Swamiji was introduced to the audience as someone who presents the eternal, core truths in a very effective way, and it was indeed so. His message emerged from his recent visit to a Sukhmani Sahib paath’s bhog to which he had been invited in village Mallke. Swamiji mentioned that just hearing the first couplet from that beautiful creation had left him wonderstruck and thereafter he explained to us the heartful message contained in “simro simar simar sukh paavao, cal kales tan mage mitaavao”- Remember, remember, remember and find bliss; and erase all anxiety and troubles from the body.  Swamiji’s discourse certainly plucked the strings of simran, and it is most likely that the stream of simran began to flow in the hearts of many listeners right in midst of this profound discourse .

Hindi and Punjabi listeners are welcome to listen to these discourses through the links provided on this page.