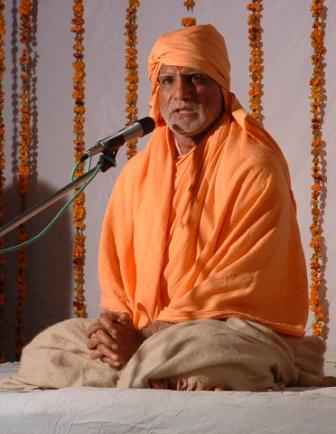 18-19th Decmeber, 2010, Malke: ‘God is Infinite and so is the Path that Leads Unto Him’ – such an emotion cannot escape the hearts of those having come into contact with Maharaj Ji, seeing the sheer width and depth of the research into the meaning and means of spiritual awakening conducted through his days and nights.

The past weekend 50 odd practitioners again assembled to share the fruits of Maharaj Ji’s continuous research into the spiritual world. The occasion was that of meditating non-stop for 24 hours, in short, “no sleep”. But here was the catch.

Yes, the practitioners were to go on meditating through the day and the night of Saturday, but they were not to stretch and bend and somehow keep themselves awake through the night. The process of going without sleep was a great lot more elegant and deep: Sleep was not to be brushed aside as an unwanted enemy but welcomed as a dear friend, that meets us every day and as it comes it upturns the eyes inwards, catches hold of the breath making it flow in the throat, drops the head to a side, relaxes the body and also lead most to the realms of snoring. Only that this time, our daily friend was to be met in full consciousness and not in the customary realm of darkness and dreams. The kriya-yoga way to do this was coined the name “Taarak Kriya Yoga” by Maharaj Shri.

It would not be difficult to explain some features of this yoga even here. In principle, it aims at turning the eyes within and keeping them active and awake, though the entire body may sleep. But it is really a matter of practice and the kriya itself is very very subtle. Maharaj Ji had even prior to the commencement of the mediation advised all that the goal will not be attained in one such day and night. The need is to go on practicing in the prescribed manner regularly. Maharaj Ji also termed it as an advanced course and only those practitioners were granted entry who had attended the two other stages of meditation camps held: the routine camp of four days and the three days continuous meditation camp.

And as the day melted into night, it was clear that the friend was right there in our midst: some already held captive by its intoxicating presence, others trying to stand strong it alluring presence and a few inviting it with open arms in full awareness and consciousness. But at the end, it was a new experience, the aspirants had indeed meditated non-stop through the circle of a day and night. The process was not as daunting as it might appear to some readers, because in presence of Maharaj Ji, meditation becomes a fun-activity with variety of ways shared to ‘bring the mind, home!’