Week 2 in Canada at London

18th July, Canada. From Brampton Maharaj Ji moved to London region. There he visited Ailsa Craig, Arcona and Hensel. The schedule was almost the same. Sadhvi Ji took classes for Sanjivani Kriya every morning while evenings were utilized in Satsang with Maharaj Ji. The focus of morning sessions was to cleanse the physical body of all the impurities and energize it with prana. While evening sessions were focused on strengthening the mind and the intellect besides cleansing them. 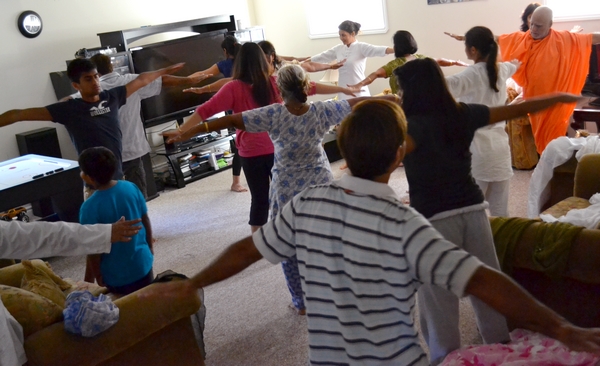 It was indeed great to learn that many devotees who had participated in sadhna camps at Malke Ashram are not only regular on practice but they have significantly improved their physical and mental health. An excellent example was  Anjna Ji from Arcona who participated in Body-Mind shaping camp this April. She had got rid of excess body weight and various health problems she used to have earlier, during her short stay at ashram. But most importantly, when she went back to her home  the changes in her body and behavior motivated her husband Sushil Nakhwal so much that he joined her for her daily practice at once. Consequently he lost 20 kgs in just 3 months and became more energetic. 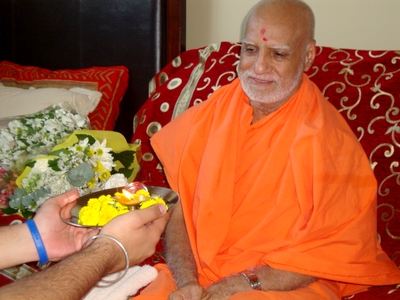 The evening satsangs were conducted in typical Malke-Ashram style, first questions were collected from the aspirants, and then Maharaj Ji spoke elegantly weaving answers for every question in his talk so proficiently that they all merge into each other making a comprehensive theme. The main quest of most of the people was to live a peaceful, successful and meaningful life in this part of world where worldly aspirations prevail. Maharaj Ji guided them all by saying not to complain about the circumstances as these choices are made by themselves. They should rather focus on the goal of life which is to attain the highest truth and relate all the duties and responsibilities to it. Regular, spiritual study (including satsang) and contemplation accompanied with some practice is essential in this regard. Study will motivate us and practice will move us. In addition, we must maintain regular connection with our language, our traditional food (which is vegetarian of course) and dress, our family and spiritual friends as well.

Sometimes, Surya Kriya sessions were also conducted depending upon availability of the Sun. These days sun rises early in the morning between 5:30 to 6:00 and sets late in the night between 8:30 to 9:30 at different locations. This is quite favorable for Surya-Kriya practitioners as they cannot miss the sun now. It was indeed good to learn that so many people are regularly practicing Surya-Kriya and have gained many benefits from it.