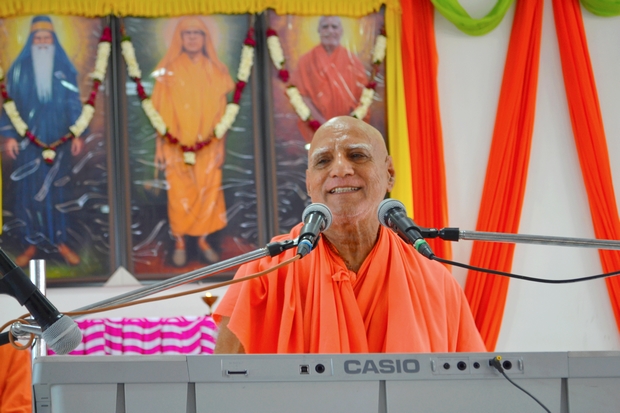 07 September 2018, Dera Harisar, Kila Raipur: Well it was the 76th Nirvana Diwas of our beloved Kali Kambli wale, Swami Dev Puri Ji Maharaj. Post the two-days Sadhna Shivir, which in itself was a divine package comprising of morning meditation sessions, discourses by Sri Maharaj Ji himself, the mesmerizing Surya Kriya Yog, and Agni Kriya Yog, the following day saw hundreds of devotees gathered around so as to pay their tributes.

Having Sri Maharaj Ji around for quite some time now, the seekers were blessed to attend a discourse delivered by Him, in which he shared an enlarged vision of the divine relationship shared between Guru and disciple.

A glimpse of the discourse by Sri Maharaj Ji: 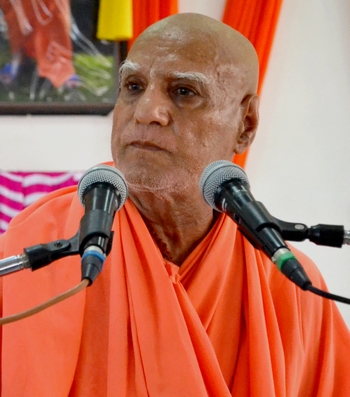 The divine journey within is the only one of its kind, which is free from any sort of selfish desires; a journey with love as the basic and sufficient requirement, with ever-expansion of bliss as the by-product. One cannot be taught how to walk across it, however can certainly be directed through it. And the ones, who dare to step up and embrace it, get liberated.

Who is the ‘one – the Guru, the master’ directing? Who is the ‘one – the disciple, the seeker, or let’s just say the chosen ones’ being directed? What’s that bridge connecting ‘Him (Guru)’ and ‘I (disciple)’? Because, forget worldly relationships which come to a halt every now and then; even the relationship with this very body we call ours, is not eternal. So, what is it that needs to be done? What can we do?

The answer, the key to all the questions is ‘to learn to build an ever-lasting relationship with Guru’; how, by re-defining our vision –> how, by being consciously aware of 1) ‘Who is a Guru’; i.e. He is not a mere collection of flesh and blood, rather an embodiment of All that is. And 2) ‘I’ seek his lotus feet, ‘to embrace that divine personification! No matter howsoever am I –good or evil– He is my door to eternity, with Him is the only bond I seek. Why; because I am not here just as to die like animals some day (who are just indulged in either eating-drinking, or sleeping off every single day).’

And all this while, ‘Guru-mantra’ is the only bridge; practice of whom, visualizing oneself beyond this confinement of physical body would direct us towards our goal; the goal – I am bliss. Only difference, for the moment, is that Guru has realized so, and I am on way towards it.

what is that major obstacle an aspirant, a sadhak is bound to face…, let’s explore it through the words of wisdom shared by Sadhvi Ji ——————-

A glimpse of the discourse by Sadhvi Ji: 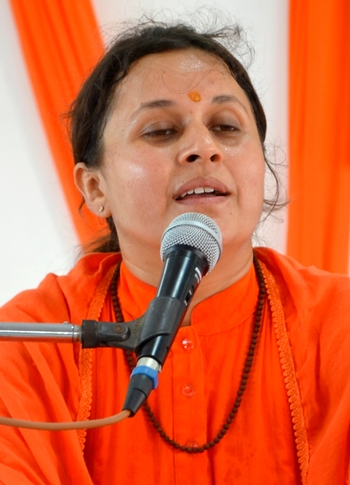 One candle is sufficient to light up many more candles; one bridge is enough to aid multiples move across; one well has the capacity to help overcome the thirst of many passers-by. But, does well move around to offer its water? No! We 1) aim towards it and then, 2) act. In other words, we first believe and then surrender to that cause. That’s how it works, be it anything! Here, the million-dollar question –for the ones who keenly desire to realize the secret– is what holds us aback from doing so?

Today, tamas prevails and therefore the morale derails; i.e. we choose to be a lazy-bone and then expect to have it all done by itself. How, for example,

1) We might have accumulated all sorts of information but when it comes to implementation, maximum we do is to just guide others; and therefore remain to be a wanderer throughout. This, my dear friend, is Ego!

2) We spend our entire energy in either a) pointing out the blunders so and so makes, or b) roaming around to swagger about our goodness to others.

3) Even a great deal is made out of the hardships we once faced, i.e. ‘it was just me who could endure such painful times, and thus overcome it. Had it been anyone else, it would have been impossible!’

4) We might have faced some major hindrances, which could be due to unfavorable circumstances or due to some human error. In case it is by chance, because of someone whom we believe to be our rival, and we find out about his loss, be it physical or financial; that instant we blabber out that, ‘See, God has finally punished him…!’

Point is that it’s not so easy to catch this self-conceit, the Egoism. And this very thing is the major blockage, the stoppage, the obstruction between us, i.e. ‘I’ and our real self, i.e. ‘Him, the Almighty’.

No matter how much japa, tapa we opt to do as long as it’s on the grounds of ego, it won’t suffice. In Narad Bhakti Sutra, it is mentioned that it is either Him or ego, which stays. Both absolutely cannot be under one umbrella, whatsoever conditions may reign. As for us, we dearly love this ‘ego’ and then hypnotize ourselves stating that, ‘I love Him’. Its time that we wake up and be aware of the oath ego has taken, i.e. ‘whomsoever loves me, I get that person so heavily drunk, intoxicated on attachments (moh), that in spite of witnessing oneself in the process of being robbed, he/she has absolutely no control over it.’

It all sums up to choices we make; choices of not letting tamas prevail. How, as long as we do not have our eyes, our focus, our consistent and persistent efforts towards the sole goal each soul shares, i.e. to be one with the One, we wouldn’t end up breaking the cycle of life and death. It’s time! 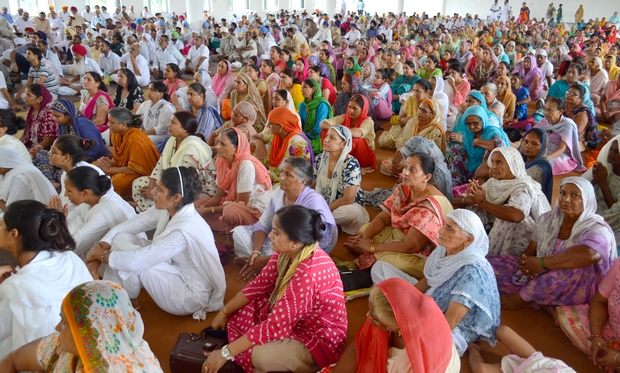 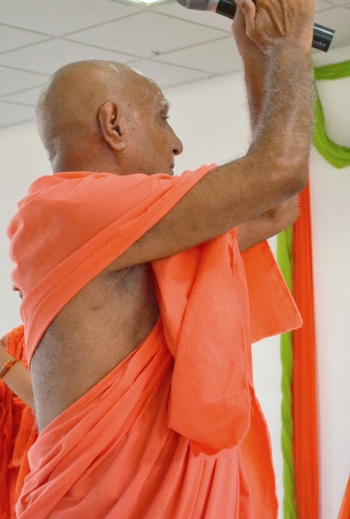 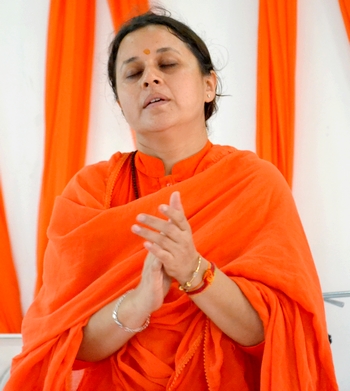 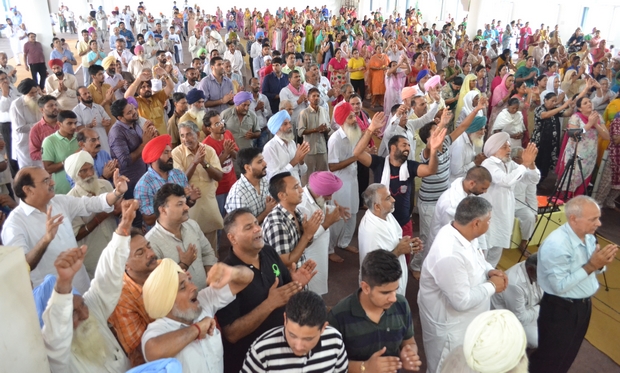