5 July 2020 :- Well, this must be the first time when Guru Poornima was celebrated via live telecast due to the on-going corona pandemic. However, it came with a unique-unexpected surprise. We got a recorded video message from the residents of Angira Siddh Peetham, through which Maharaj Ji has blessed the devotees virtually. His message has been transcribed here for keen readers. Let’s make the best of it! 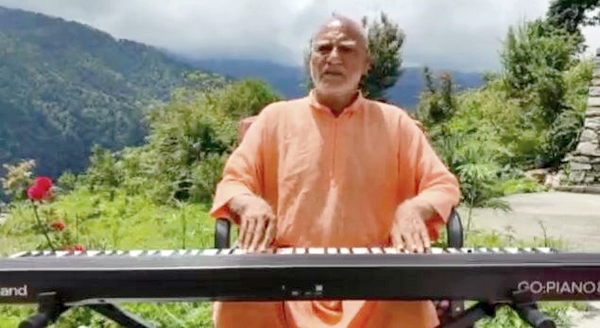 The flow of the timeless stream of supreme knowledge, devotion, and yoga (ultimate amalgamation with ones’ source), originating from Parameshwara, the Godhead, has ever been there since times immemorial and will continue eternally.

There are many streams of this flow that have been propagating through different lines of tradition having originated from the supreme soul, which manifests them through varying media.

The Parampara, the line of tradition which we are associated with, has been propagated by many exalted ones. Some of these names which reflect in our memories in this modern Kali Yuga period, the ones whose stories continue to enlighten our path, include Swami Mewa Puri Ji (a personification of immortality and supreme bliss), Sadguru Kali Kambli wale, Sadguru Dayalu Puri Ji Maharaj (a personification of compassion and kindness). 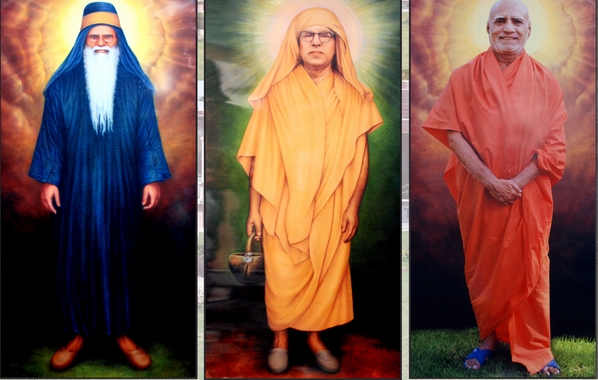 Brahama Gyani is the one who sees self in one and all; experiences oneness with everyone, everything around and finds no one as being different from own-self. For him, no one is good or evil. The differentiation of “I” from “You” lies only in the eyes of the ignorant. No differentiation lies in the sight of the Brahmaveta (the realized one).

Let us understand here that the Guru never gets displeased with any one, because for the Guru, there is no one different from him/her. A disciple sometimes tries many tricks, fair or even unfair, to please the Guru. It is a misplaced perception. The Guru is never displeased with anyone.

So does the Guru never feel happy? Yes, a Guru does feel happy- not with material offerings, but through making sincere efforts to purify ones being. The Guru gets elated truly when a disciple seeks to eradicate the veil of ignorance around his/her being. Even if the disciple is attempting inadvertently, even then there will come a time when he/she will succeed.

The Guru feels happy when the disciple approaches with faith and innocence, to seek freedom from the bondage of ignorance and also seeks to become like the Guru i.e. free from bondage. This is what the relationship between a Guru and disciple is like, in the eyes of the disciple. For a Guru, there is no one different from self.

When the disciple submits to the Guru seeking eradication of ignorance, all he/she has to do is to please the Guru through Sadhna and submission. Innocence is the most marked characteristic of a disciple. Whatever is there within, good or bad, let it be consecrated to God.

The second trait of a disciple is– not fearing the Guru. Guru never intimidates you. In fact, Guru leads you to the path of fearlessness. Once the Guru holds the disciple’s hand, he/she will never abandon a disciple. Only we should not back out, although the Guru will continue to shower his/her grace even at your back.

So, the real Guru Poornima is to continue the relationship that was initiated at the time of “Deeksha”. Subsequently, though the physical bodies of Guru and disciple may be far from each other, the inner connection established through the ‘Mahavakya’ never breaks and the Guru continues to manifest in the being of the disciple.

This itself is a great Sadhana. What is Sadhana? Sadhana means expanding one’s consciousness. Let consciousness expand. Then with the ever-pervasive grace of the Guru, we have to attain ultimate fulfillment and then there will be no Amavasya, the dark new moon night. Guru Poornima will then be consummated and will manifest there forever.

With these words, gratitude, and salutations to you all. Fill your inner being with inspiration and enthusiasm. This Guru Poornima affirms and feels that the Guru is within you, the Guru is not another being and not different from your being. With this resolve and affirmation, awaken and establish in your true self, free from fear and malice.

Being free is not a consummation till all others become free too.