27 January 2018, Bhagwat Saptah, Moga, Punjab: Recently Sadhvi Ji was at a Bhagwat Saptah sharing her wisdom with the divine souls gathered around. Gist of her discourse has been shared here: 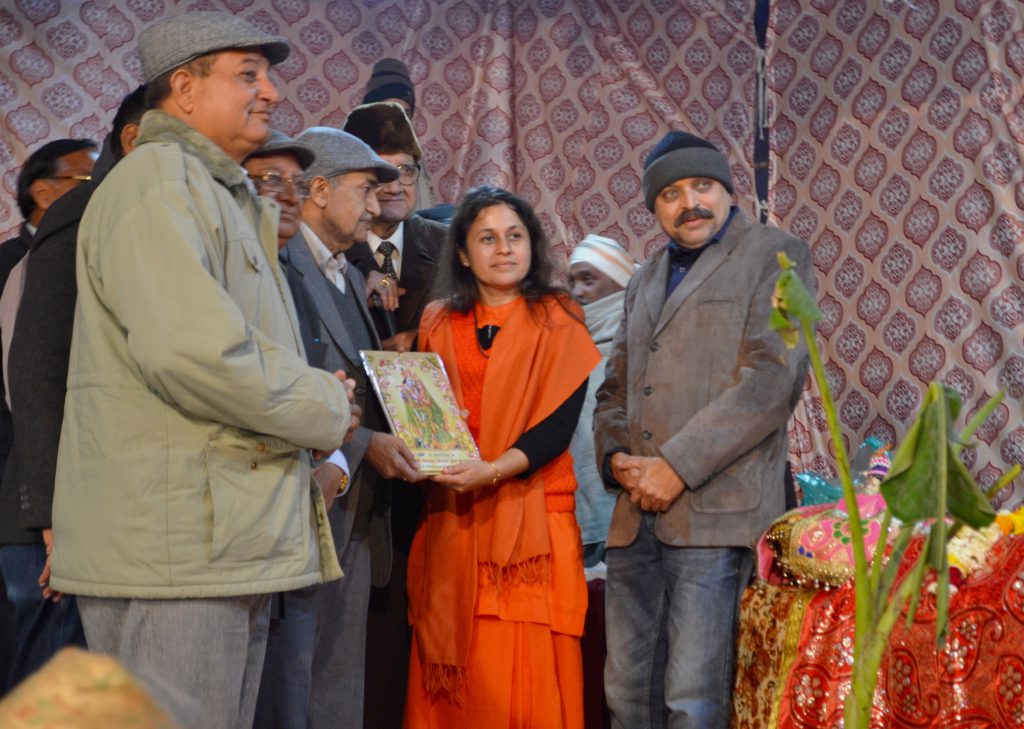 Vedas proclaim that yajna is the base of His entire creation. In fact, He Himself is yajna swaroopa (form) and so the Creator of all that is. Now, Yajna is usually believed to be of three forms:

1) Dravya Yajna i.e. by indulging in selfless charity; this is how a householder gets to take a step closer to himself. In other words, sharing the sense of belongingness! 2) Bhoot Yajna i.e. by consistent and persistent indulgence in japa and tapa, with patience; a step by step journey to inner cleansing by channelizing physical senses towards the source of it all, which is within oneself. 3) Gyan Yajna: This is for the saints who share their experiences and therefore wisdom just to lighten up our path; the path to our true selves.

And so, this was the day when all three summed up to mark the auspicious occasion, occasion of sharing the wealth of bhagwatm, the storehouse of bhakti/devotion. 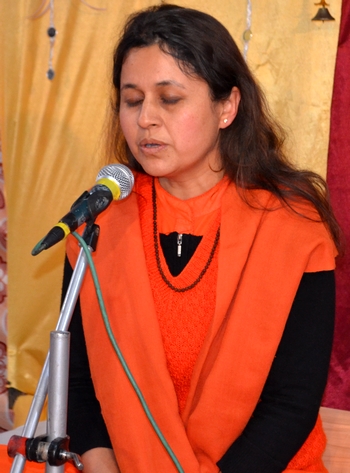 Be it ‘Brahmacharya (student), Grihastha (householder), Vanaprastha (retired) or Sannyasa (renunciate)’, Bhagwatm covers a much wider viewpoint and that too from each and everyone’s perspective. Whether a scientist or a philosopher, it has gags full of wisdom that would question one’s beliefs and theories and therefore open doors for a refined vision. For instance:

Likewise, today we have a lot of theories formulated that explain how Earth was formed. If we just take some time out and read Bhagwatm, we would learn about thorough explanation of formation and evolution of man and Earth, and that too very much-explained on scientific grounds.

Instead, we are so deeply hardwired by the scientific technology around which we have deliberately surrounded ourselves that we fail to see the biggest invention of all time; an invention we refer to as human beings. Does it ever occur to us that if we can ever have a human formulated in some human made laboratory? If not, who is the ultimate formulator, the eventual scientist, and the peerless creator?

It’s high time! Let’s take some time to think and munch it all up. The path is endless but our journey, and its duration isn’t. Why waste time in ceaseless-trying to reach we don’t even know where and that too by eating, drinking and sleeping off through it all? Why get introduced to short-term peace-offering goals when at the same time we can be friends with the ever-lasting. Why?