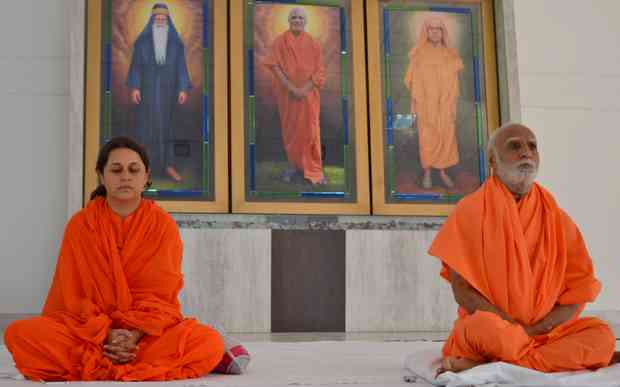 30 September 2017, Shabad Surati Sangam Ashram, Malke, Moga: Post 3-day sadhna shivir, it was time for the much awaited Satsang-Sabha as Sri Maharaj Ji was to bless the aspirants of inner journey with his divine physical presence. Devotees situated across the globe made a sincere attempt to not miss this priceless opportunity and get soaked in the divine rain.

With Swami Suryendu Puri Ji having been away to Himalayas for solitary sadhna for the time unknown, the satsang-sabha was  initially addressed briefly by Sadhvi Yoganjali Chaitanya Puri Ji.

Let us also get accustomed with some actual and factual significance behind this event widely called as Dussehra or, Vijayadashmi!

A glimpse from Sadhvi Ji’s discourse: 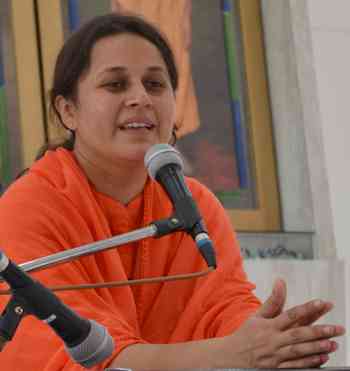 A yogi is someone who does not merely own physical fitness but is rather a master of mental strength, clarity and focus towards the ultimate goal. And until such a state is realized, no matter how many statues of Ravana we indulge ourselves in putting to fire at, the real Ravana –our ego– wouldn’t even be an inch closer to getting defeated.

We, on the other hand, cannot seem to get enough of shams, lies, and double-dealings; an ever-growing non-stop business of ours. So, be it a sage or a householder, rich or poor, employer or employee, president or citizen ‘ our code of conduct (maryada)’ is what defines us.

And even before that (maryada), our goal is our sole identity. We have been running around for many years now and would continue to do so. But do we ever, actually stop, and take a sigh to think why and where to are we aimed to reach at?

Dussehra –that is considered to be the day when Rama defeated the king of demons, Ravana– is usually contemplated to be the end of a major episode in Ramayana. However, if we look in deep enough, we would know that this is not the conclusion but rather just a beginning in itself. How, we shall see in a while!

It all began with Rama’s compassion; a) just so that father doesn’t become a liar, Rama accepted unreasonable exile. b) While passing through a forest named dandakaranya, seeing the piles of bones of sages and knowing the reason behind those to be the king of demons Ravana, He (the compassionate one) vowed to liberate the Earth from the persecution of this demon.

The seed was sown there itself; but what made this battle so intense were the characters involved. And what make us believe that the episode of that battle is still ongoing are the respective characteristics of these characters that can be well witnessed within oneself till date.

In the army of king of demons, Ravana (the symbol of Egotism):

In the army of Rama (the epitome of Compassion):

So, this Dussehra let’s be friends with the Vibhishana not by leaving home but by turning back towards kaam (lust), krodh (rage), lobh (greed), moh (attachment), and ahankar (conceit). How; by participating in satsangas, by being in company of seers and sages, and by doing sewa (service). 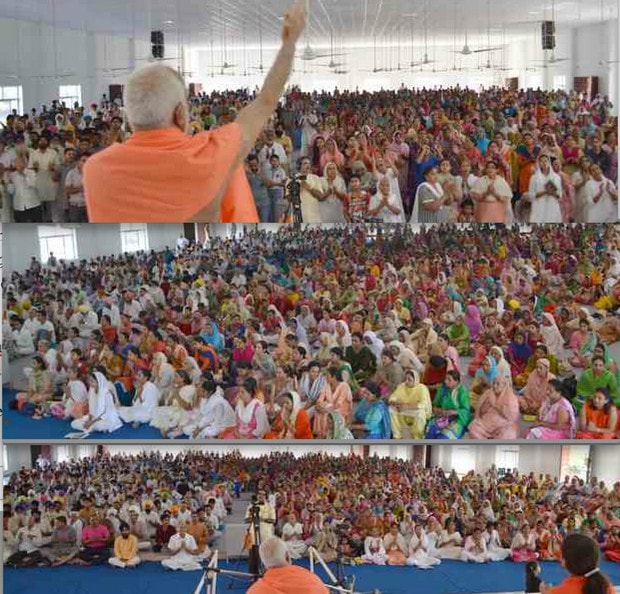