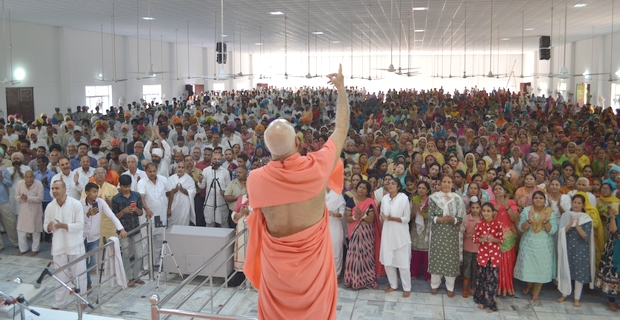 08 October 2019, Shabad Surat Sangam Ashram, Malke, Moga: It’s been 5 years since the inauguration of ‘Sri Yantra Dhyana Mandir – Tripur Shiva Peetham’. Thousands of devotees had gathered around from all across the globe under one roof to celebrate this divine occasion on the eve of Dussehra. Sri Maharaj Ji who mostly resides in the Himalayas nowadays were amongst to bless those gathered around with his divine physical presence and thus shared a beautiful message followed by Sadhvi Ji’s discourse. Let’s read through to explore!

Insights into the discourse by Sadhvi Ji: 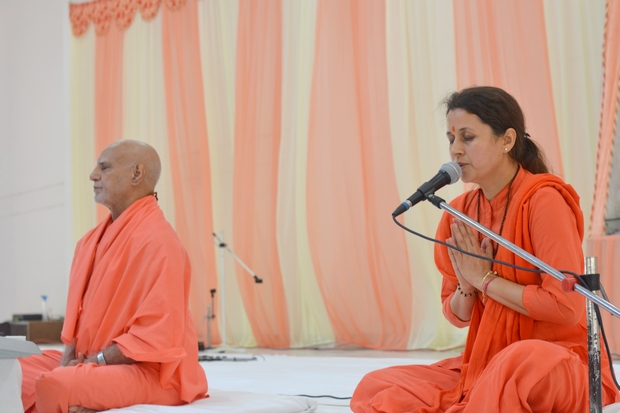 Ravana’s tapa was unparalleled, he was very very powerful and on top of that a great scholar indeed. And yet he is damned to date. Why?

His brother Vibhishna, as compared to him, wasn’t as tapi, or powerful or a scholar and yet he got a boon of immortality without even having to request for it. Why?

One of the divine Gunas that Vibhishna had was that of a ‘simplicity’ (‘saralata’); i.e. what so ever lied deep within his heart, so was aptly clear through his speech (vani) and actions (karma). In other words, his inner self was equals to his outer self. For instance, when he was to visit Sri Rama for the first time, he chose not to opt for a disguise in spite of being suggested otherwise by those who accompanied him. He believed to surrender his true self unto the lotus feet of Lord. And thus, so was granted i.e. Rama’s eternal love!

Here, the message for an aspirant, a true seeker of the divine journey to our sole goal is to consciously and actively pursue this guna of ‘saralta’. An ever-vigilant sadhaka is the one who makes sure that at least not deliberately his speech or actions would bring any harm or discomfort to those living around. As of now, the obstacle, the Ravana is our Ego; the only solution is to remember it by heart, by our very soul that ‘I am His excerpt (ansha).’ Step by step, i.e. being consistent in such an approach, blended with faith (‘shraddha’) in Guru’s words, once is bound to embrace the goal eventually.

Insights into the discourse by Sri Maharaj ji: 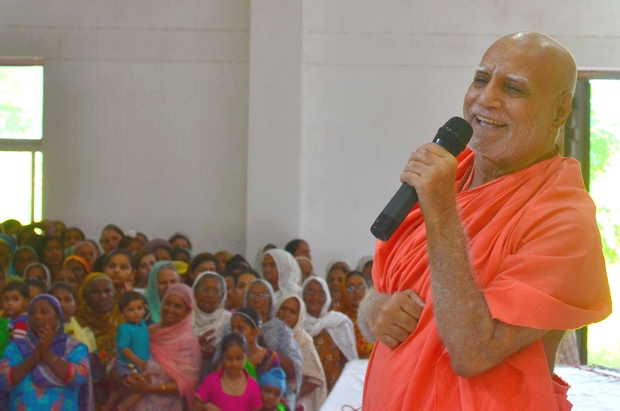 It is true that once upon a time, Rama won over Ravana. But under the prevailing circumstances, we cannot say it for sure that even today Rama is the winner. Yes, we are in the process of it and sometimes here and there small battles are somehow won. But we cannot say it for sure that Rama is triumphant under the current scenario. Now what exactly is this battle about, where is it going on and how long would it be before it ends… depends on oneself. How i.e. whether we get over it within a single lifespan or let it get stretched over ages is a matter of sheer choice.

Let us not allow thoughts such as ‘Rama was an incarnation of God; how we mortal humans can win over Ravana so easily? Hmm.. we do not indulge ourselves saying that it is impossible, but then it seems like an endless journey…’. Tenth Guru proclaims, ‘surag baas raghubar kara sagri puri samet (858; Sri Dasam Granth Sahib)’i.e. whomsoever whether humans or animals or birds, they all got to reach their ultimate destination once they decided to follow the footsteps left behind by Rama. Each and every one of those who made through, walked facing Rama, keeping Him as a sole goal and thus came out winning on the other end. There wasn’t any ‘me-first/better’, contrary to the current mindset. Now, this is where the problem lies.

We do not even try to analyze what we are doing, where are we and what is it that is holding us aback from our ultimate objective. Instead, we are very-much busy in pointing the finger towards others, blaming xyz person for undesired outputs. The moment we actually realize so and then decide/choose not to overreact plus surrender totally unto Guru’s command requesting for guidance and power to embrace the eternity once and for all with an open heart, from then and there we would embark on the actual journey. 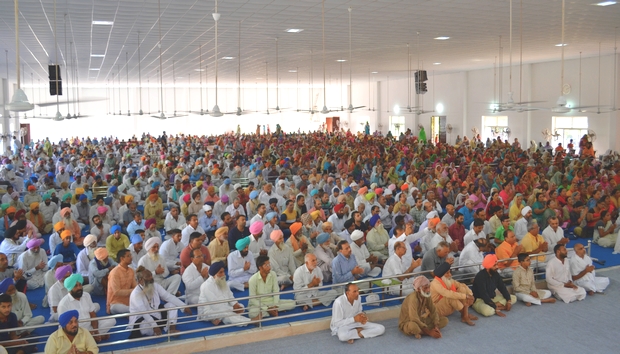 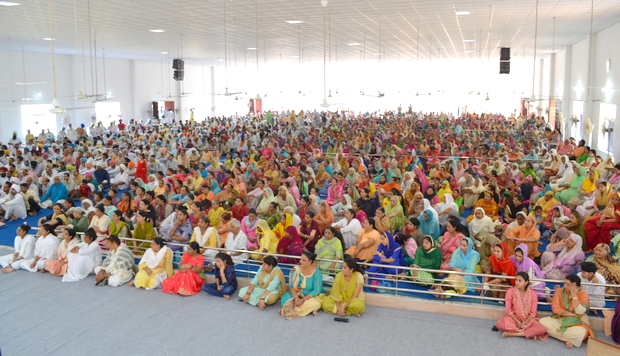