Guru – the Anchor of my Soul 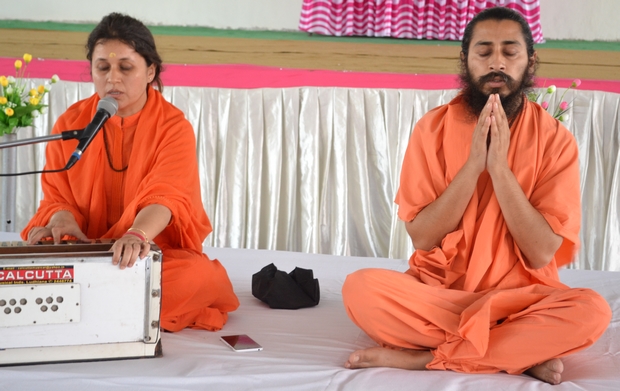 14 May 2017, Harisar Ashram, Kila Raipur: It was the onset of yet another traditional month we call as jeth. And in addition, since this day also marks the Maha Nirvana of Swami Mewa Puri Ji, a lot of love and enthusiasm could be seem amongst aspirants who had gathered around to pay their tributes.

The satsanga was honored by Sadhvi Ji’s and Swami Ji’s presence who addressed the Guru-lovers with a unique message that Guru, and his mantra is the only stabilizing factor in any whatsoever otherwise uncertain situation. Let’s hold on to that and just that!

A glimpse from Sadhvi Ji’s discourse: 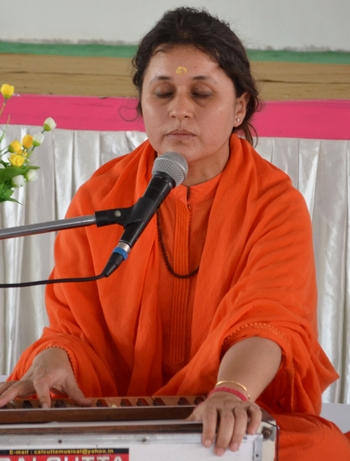 This is the month that is known to offer weatherly heat scorches capable of distraught-ing our body and so, our mind. However, as per Bara Maha paath it is said that those who seek His blessings are far across these physical or psychological limitations such as due to weather changes or stirring caused by hunger.

And if we talk about living through day-to-day chores, ego is more like sun, the real scorcher that disturbs us throughout. The hot winds of kaam (lust), krodh (rage), lobh (greed), moh (attachment), and ahankar (conceit), and, raag (benevolence) and dwesh (malice) agitate us till deep within. To save ourselves from these, ego formed sun needs to be replaced by sun structured out of wisdom gained through Guru’s teachings. Once such sun arises within and its light spreads across our soul then our disturbed mind and out focused senses (ear, eyes, nose, tongue, skin) would rather change their course towards inwards. And then the outside sun, no matter how much hotter it gets, would not be able to twinge us. There would be no more limitations. Not just climatic or related to hunger, but also becoming fearless when it comes to walk and talk about death.

But if we keep on sitting at shore waiting for waves to eventually come and soak us, it would be like cheating ourselves. On the contrary, if we dare to get in and keep sitting patiently, gradually we are bound to get dissolved up within our true selves, get past the ego formed sun, and embrace the love showering sun of Guru’s blessings; basically to learn to die. And before that why not live? We instead keep on crying all the time. And the reason is that we forget our real goal, our priority.

If we do not act now, breaths would leave us one day just like the sand slips away. Life is like a flowing river, why wait for it to done with its flowing. It’s high time, lets act now. Lets wake up. Lets practice guru-mantra, the only key to real wisdom, to rise above and beyond ego, and the door to self-realization.

A glimpse from Swami Ji’s discourse: 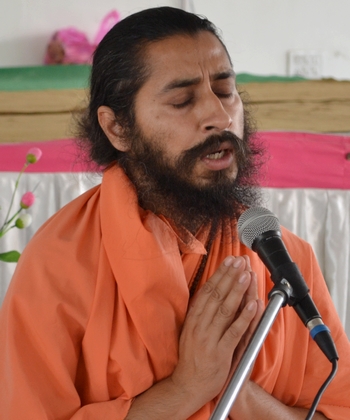 Whether summer or winters, or joys or sorrows, they affect us when we disconnect from the source within. Just like when a boat is anchored the possibility for it to drown is minimal. Similarly if our life has an anchor no matter what happens we will be unaffected. Guru is that such anchor. On the contrary, when we approach him all we have is a long list of demands that we want to get fulfilled. We cannot see anything beyond that because our eyes are already engrossed in our imaginary world but fake is what it is.

So, we must surrender unto Guru’s teachings. As long as we do not believe that he is the greatest, and all in all, it won’t change a thing. Let’s be a servant. Do as much as we can but without show-off. Too many kings and royalties came and left. What did they take along; suggesting that all the worldly activities are nothing but a lie. Then why do it, at the first place? Just so to understand that we must rise beyond these trivial ups and downs; our behavior being the mirror-judge of that. And you know what, when we actually raise a step towards Him, He does help. Gita (2.40) proclaims not even a step gets wasted, or go unaccounted for.

So, 1) do not make anchor in this perishable world. Let it be the one who is free from dualities. 2) Surrender unto Guru’s command. Not at what we asked for. But at what he suggested for.