Spirituality is not a synonym of miracle 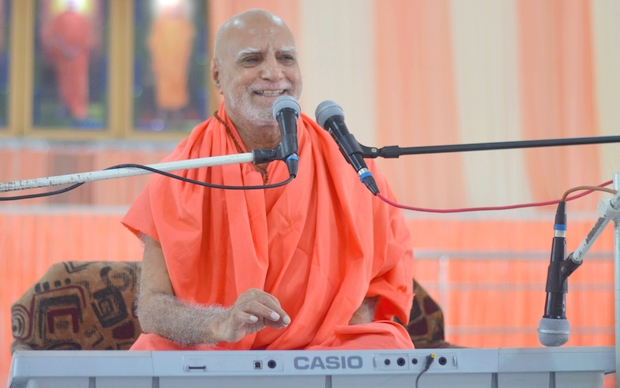 29 September 2019, Shabad Surat Sangam Ashram, Malke, Moga: Since ages, curious sadhkas have been seeking and thus have been surely receiving guidance directing them towards their ultimate destination. But what are those methods, those rules which lead us to the desired results? For instance, if we are to build a house, it requires precise planning. If a patient seeks a doctor’s advice, again there is a set of procedures, some rules that need to be followed to first get diagnosed and thus get cured. Likewise, just the way there is cause and effect of almost every other thing, so is in spiritual science as well. On the contrary, those who believe that spirituality is a synonym of miracle, or the word most often misused in this context is ‘nothing but the grace (some siddha placing his/her hand on one’s head and straight away one would enter into the state of samadhi)’ are still a long way behind from the track from where the actual journey begins. In such a scenario, what should we do…

Thereafter, such a dedication (consistency + persistency) would most definitely lead us towards our ultimate goal. It has to! Because each one of us is an excerpt (ansha) of the Ultimate-Supreme Consciousness.