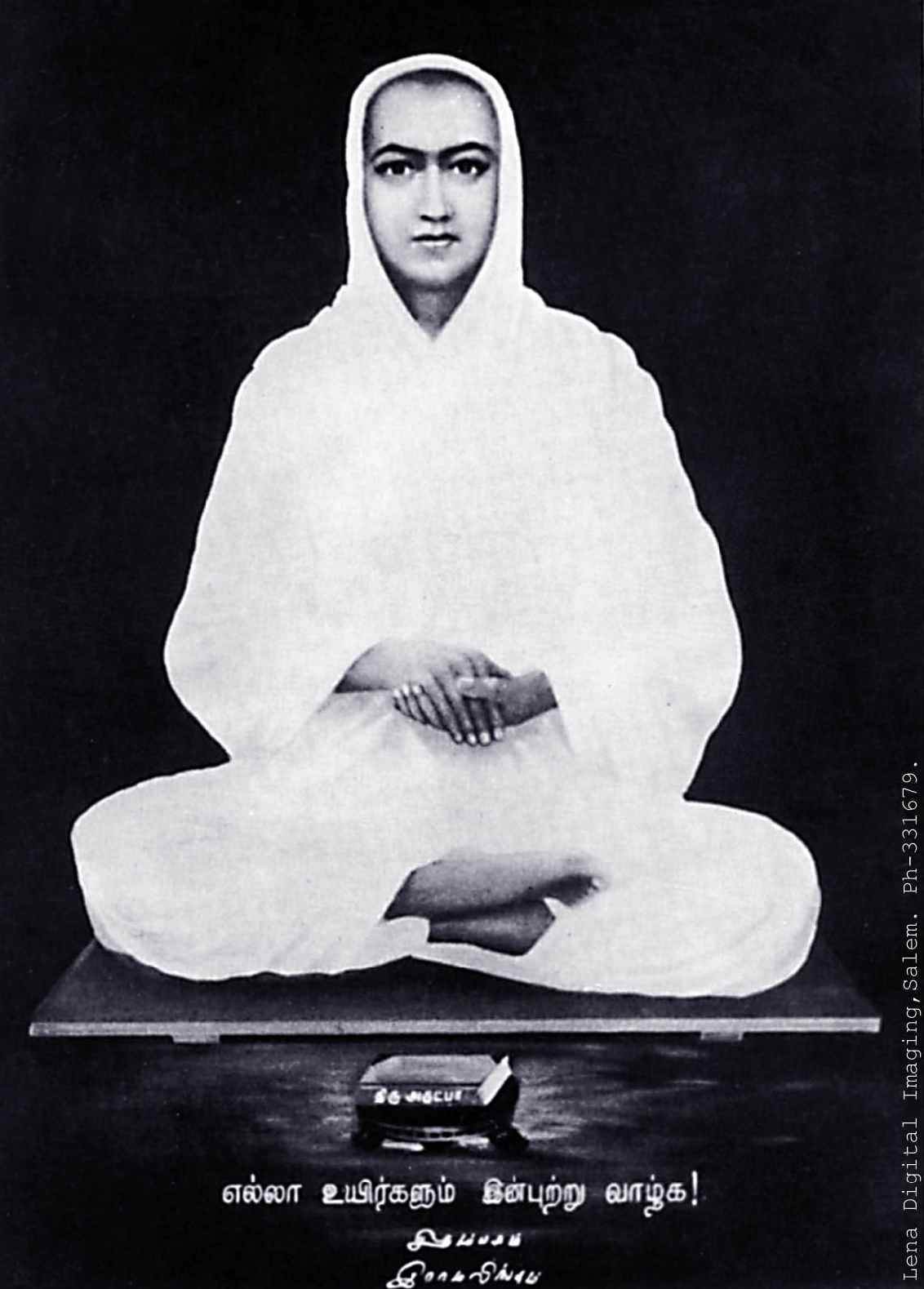 Midnight, 30th January 1874; Mettukuppam, Tamil Nadu, India – When a majestic and extraordinary event occurred, sowing a powerful life-seed not only in the contemporary spiritual atmosphere of India but in the grounds of human evolution, heralding the superhuman race! The compassionate life-seed for this exciting transformation was Ramalingam Swamigal, sown in the soil of the entire mankind and cultivated by the compassionate farmer-Lord himself. The marvelous secret was that the seed, soil and the farmer had all become One – indistinguishable and merged into one another.

Swami Ramalingam had been hinting towards this happening from a few months prior to the ultimate happening. He would tell the devotees, “I had opened the shop. But there was no customer. This shop shall now be closed down. Now I am in this body, soon all bodies shall be mine”. “I had uncovered a treasure, but none was willing to take it. Now this is being buried again.”

Finally, the forecasted midnight of 30th January arrived. Addressing the gathering of about half-thousand devotees, Swami Ramalingam said, “My beloved all, I am disappearing from your midst. You should not worry. Keep the lamp outside burning continuously and know that the Lord is present in the flame. Worship the flame as the Lord himself.”

“I shall remain locked in this room for about ten to fifteen days. Do not try to catch a glimpse within or your vision will be stunned. You would not see anything. If you still try to steal a look, my Lord would not allow me to be seen.”

Saying thus, Ramalingam entered the room which was locked by the devotees. As the devotees sang “Arut Perum Jothi” or the ‘Divine Graceful Light’ – the mantra worded to them by Ramalingam –they suddenly saw a glistening blue light escaping from the room and merging into the spanless sky.

No one saw him after that. The devotees believe that he transformed into light and merged into the Lord. A poem written by Ramalingam, some time prior to this incident, attests to their faith:

“Today He shall come, and sit with me, My Lord, my God, the Husband of my life,

And within an hour shall I merge into Him, in my entirety, forever………”

In this long poem the above mentioned last two lines have been repeated twelve times.

The disappearance of Ramalingam created a stir in the nearby regions. Many rumors held sway and the fire reached Madras. The Government ordered the matter to be investigated and thereby sent Mr. J. H. Garstein, I.C.S., Chief Collector of South Arcoṭ, Mr. George Benverry, I.C.S. Revenue Board, the District Medical Officer, and Tehsildar Mr. Venkaṭraman Aiyyar.

In an atmosphere charged with deep emotion, the room was unlocked. But as expected by the devotees, nothing was found within. The officers carried out their investigations but did not find any evidence of deceit. At last, they concluded that Swami Ramalingam was indeed a very great soul and had really disappeared along with his body. The collector donated twenty rupees in aid of the food-farm that had been started by Ramalingam and left after offering his respects at the site.

This extraordinary happening is recorded in the Madras District Gazette – South Arcoṭ (1906, Page 316-317). The gist of the record is that Swami Ramalingam entered a room in the village of Mettukuppam in 1874. The room was locked from outside by the devotees and Swami Ramalingam was not seen after that. His disciples believe that he merged into the Lord, along with his body.

Describing his deathless body at one place, Swami Ramalingam writes, “Skin has become supple; the influx of nerves vibrates all over the body with pauses in between (this includes the motion of the heart as well; medical science believes if nervous influx stops even for an instant, man will die); bones have become pliable and plastic in its nature (it is not only about bone-joints but about the bones themselves, they can be bent as wished, they can be separated and joined again); the joints in the muscles have opened up; blood has stopped flowing; semen has condensed to a drop in the heart; petals of brain have (sahasrara) blossomed; amrita (nectar) wells up; luminous forehead perspires; face brightens; breath is cool, refreshing and still; the face has lit up; hairs stand on their edge; tears of joy flow towards the feet; mouth vibrates (calling of divine); ear tubes ring to the divine music; the body has become cool; chest moves; hands join (in prayer); the legs rotate freely in all directions; the mind has melted; the intellect has enlightened, become blissful and focused on One; the personality has expanded; the heart sees the Oneness everywhere.” (Adapted with due thanks from Arut Perum Jothi by T.R. Thulasiram, University of Madras).

The case of this deathless saint that has occurred in so recent memory along with the extremely clear hints provided in his own creations are the strongest ground upon which an aspirant can build his faith in Mission Immortality or the Descent of the Divine upon Earth or the transubstantiation of the material body.